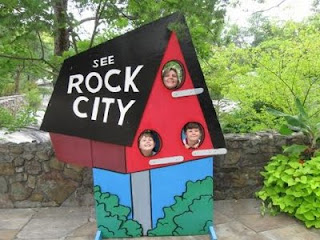 During past trips, Number 1 son always noticed that many of the old barns lining the highways and interstates of The Tennessee Valley were painted with signs directing travelers to Rock City and Ruby Falls. As a consequence, he added the destinations to our unwritten list of places to visit. This year’s Labor Day weekend seemed like a great time to take in the attractions.

Shortly after we arrived at Raccoon Mountain campground Friday evening, Kim and Daniel worked together to get supper ready while Jared & I held down the couch. We took in Rock City the following morning. Kim and I had been there 10 or 15 years ago, and while nice then, they have now improved the place with better walkways and plants. 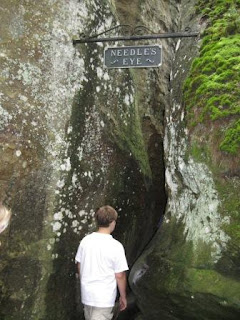 Coblin’s Underpass may have been a new attraction. 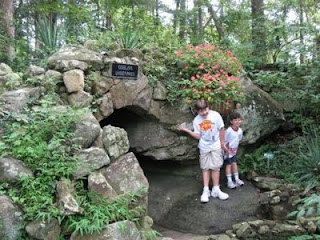 Suspension bridges are always lotsa fun – Kim’s the one holding on tightly with both hands. 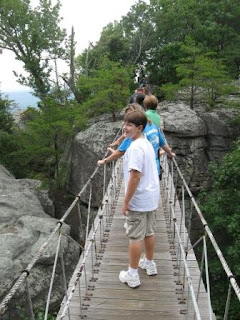 The view from Lover’s Leap is still spectacular. 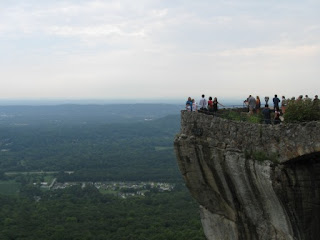 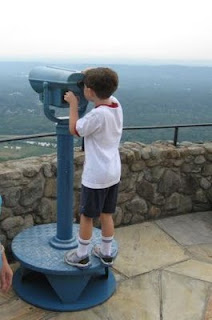 Of course you can’t visit a rock city without panning for precious stones. 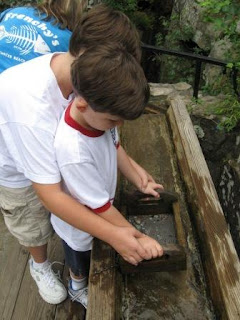 In this day in age, I’m surprised they still call this part of the trail Fat Man’s Squeeze. You’d think some organization of dimensionally challenged people would have made them change it. 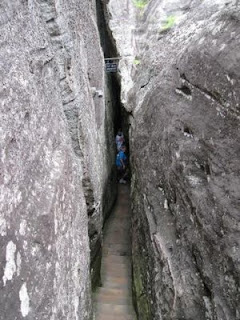 Then it was back to the campground. 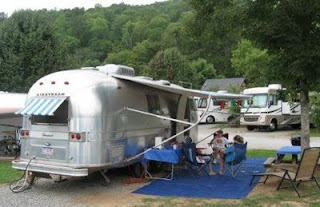 The owner has made improvements since we were here five years ago. The most visible was the addition of concrete patio pads at most sites. Unfortunately, the pads had been formed above grade, and just about all of the pads are now broken on one corner from Class A motor homes driving across them. But our blue rug successfully hid the damage. 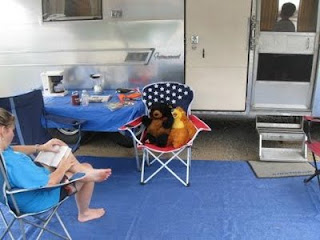 Why yes – there was a pool, and the Boyz did find it. 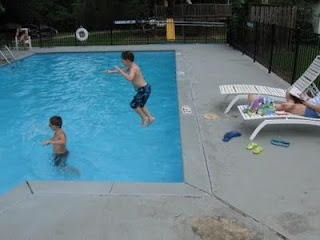 While they swam, I went on patrol to see who else was there in the at-near-capacity campground. Although this Shasta is a cool-looking trailer, I laughed when I saw it because I thought, “You mean they still make these?” (Airstream owners are used to being asked this particular question.) 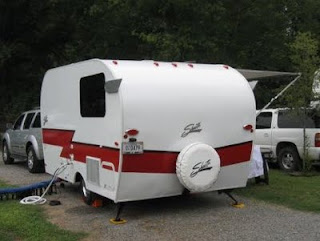 Supper that night was in Chattanooga’s Big River Grille and Brewing Works. 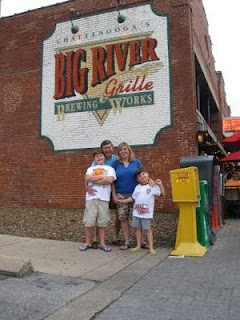 They served great food, and I especially enjoyed many of the local brews they had on tap. So much so that Kim was elected Designated Driver and Daniel the Designated Navigator for the trip back to the campground. 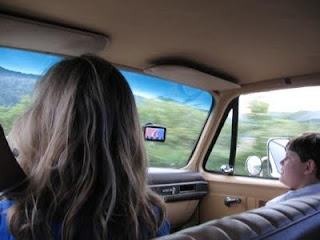 Jared appeared to enjoy having a different back-seat traveling companion. 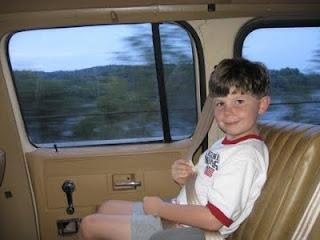 Rainy Sunday found us a 1000 feet underground hiking to visit Ruby Falls. There were plenty of neat stalactites & stalagmites along the way to look at. 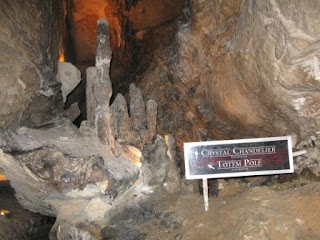 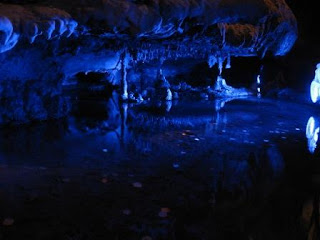 And America’s tallest underground water fall was pretty cool too. 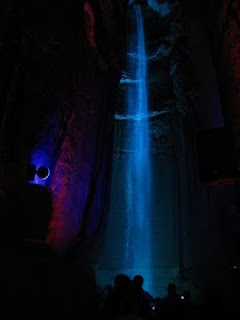 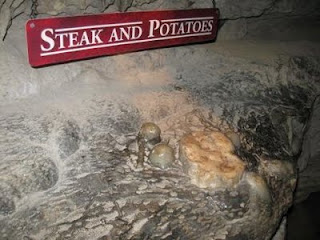 The tour exited atop Lookout Mountain from where we could see the Tennessee River winding its way around Chattanooga. 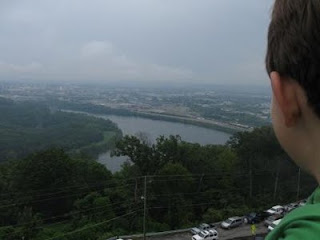 Grilled burgers and s’mores capped off a great trip. 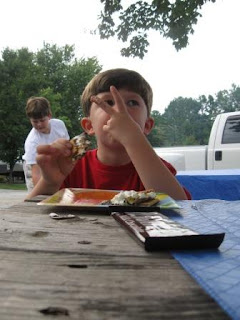 The trip back home on Labor Day itself was pleasant because we had the entire day in which to do it. The rest of the day lived up to its name while unloading the Overlander and cutting the grass.

There was a message on the answering machine from a local merchant advising us that the stuff we ordered had arrived. Stay tuned for “Big Tub Gets Shades”.