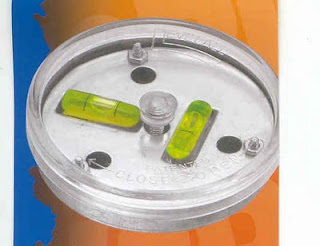 My cousin Leslie and I, as little kids, often played together since we lived within easy bike riding distance of each other. One day around 1971, we were doing something in his back yard near his family’s Airstream when his dad walked by. Pointing to a plastic-covered round thing with two little capsules of something with an air bubble in each & mounted on the front of the trailer, I asked my uncle what it was & what it did. I remember his eyes kind of widening as he took half a step backward before mumbling something about the device being used to set the trailer up at a campsite. He then skedaddled inside before I could ask about the braided wire attached to something else.

While I have always been curious, years later I found out that my aunt & uncle were both a little on edge with someone as young as I was asking so many technical questions. My parents never complained, though, because, as my dad is not a DIYer, my curiosity kept all the appliances in our house working.

The ensuing years found my aunt & uncle becoming more & more comfortable dealing with me, and in late 2003 they decided their 1967 Airstream Overlander would be better off in my hands.

During the Airstream’s subsequent refurbishment, the object of 1971’s question was identified to be a Reese LevelAll. As most RVers know, proper RV refrigerator operation, among other things, requires a level trailer. The Reese LevelAll with its two perpendicular bubble levels, is mounted on a plate on the tongue jack, and inconspicuously provides a quick-reference for determining just how much level correction needs to be made. 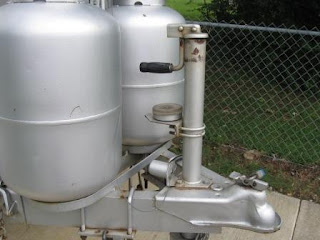 Since the formerly transparent plastic cap had weathered and yellowed rather badly it was polished with #00000 steel wool. The effort helped, but subsequent camping trips usually found me unscrewing the cover to check level since Reese no longer offered a replacement cover. 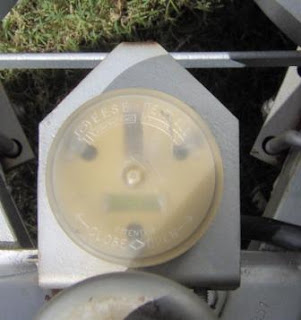 A couple of years ago around Christmas time, I was perusing the web, and found what appeared to be the Reese LevelAll being offered for sale by Hitches for Less. Unfortunately, Santa found the item to be out of stock with no projected restocking date.

Jumping forward to a few weeks ago, the same site was found to be again offering the LevelAll, and I emailed them to check availability. Last week, they replied, “yes”, so I ordered a complete LevelAll even though all I wanted was the clear cover. As expected, the new cover mated perfectly with the 42 year old threaded shaft. 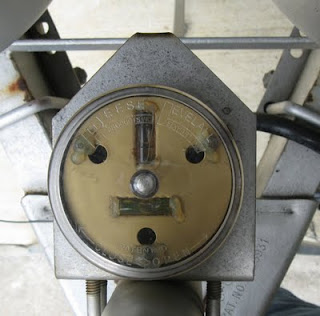 All is now well - Setting up camp will be easier. End of story… for me.

However, if you are now considering purchasing a LevelAll after reading about it, there are a few details about this latest Internet offering which may interest you. This newly offered indicator “isn’t your Uncle’s LevelAll” in that it is not of the same quality construction as was available in the sixties. And, the company from which it was purchased from does not offer the tongue jack shelf. So you may be on your own with respect to a mounting platform.

This product is NOT made by Reese Products of Elkhart Indiana even though lettering on the plastic cover (between 10 o’clock & 2 o’clock) would have one think exactly that. Interestingly, if you scroll up to the top of this page and take another look at the marketing image scanned from their package, you will find nothing but the word “LevelAll” at the top. Maybe the patent expired; maybe not – I don’t know.

But what I do know if that this current day LevelAll is not supported on three stamped feet like the old one was, and the resulting flat surface is more likely to capture water inside the assembly if not sealed properly after installation.

The bubble levels’ backing plate on my vintage LevelAll is anodized, and has no trace of rust even after being around almost as long as Frank has. Hitches for Less’s offering appears to be the same zinc-coated steel as the rest of the unit – rust is more possible (but not necessarily probable).

But, all said and done, if I was to buy another Airstream tomorrow, and it did not have a LevelAll, I would buy this one again. Now that I know what might go wrong over time, I can preemptively deal with it.