Starting the evening of April 28, and continuing on into the early morning hours of the 29th, at least 150 tornadoes blew through most of Alabama. When the first tornado siren sounded Wednesday evening, Kim took the Boyz to her pre-established command station in the main hallway while I cooked as much of supper as I could before having to join everyone. 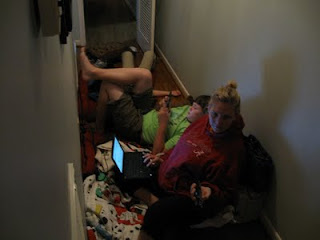 The power went out around 5:30. After waiting a minute or two to see if it would come back on, dinner prep was paused while my generator collection was brought onsite. 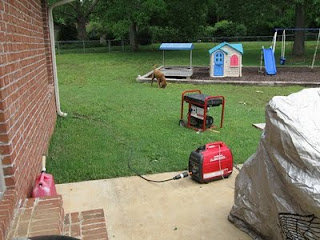 In short, whichever generator is to be used connects to a designated outlet box in the laundry room via a hookup on the side of the new addition. Extension cords are run from the laundry room to whatever needs power. 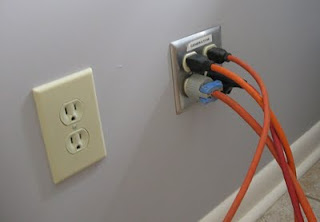 The big generator was chosen for this effort, and within 15 minutes, we had the weatherman back on TV in spite of a weaker than usual cable signal.

The news was pretty grim, and bad weather was still ongoing. I went ahead and hooked the refrigerator & freezer up to generator power when it became obvious that power would probably not come back on for some time. We slept on mattresses on the den floor that night just to be close to the main hallway.

Due to an important test, I had to be at the office at 0400 the following morning. Before leaving, I topped off the generator’s gas tank with the last of the lawnmower gas. It was downright spooky driving up Huntsville’s main drag with its absence of streetlights & stop lights. My workplace was running on generator power, and I was happy to find the test had not been interrupted.

Catching up on the news after returning home, I found that 1.1 million Alabamians were without power, and that every one of the eight TVA feeder lines providing power to Huntsville had been damaged. Projections were for the power to remain out for 5-7 days minimum. With the big generator’s eight hours per five gallons of gas rate of consumption, it was obvious the boat’s 40 gallon gas tank would probably run dry before the power came back on. The small, quiet Honda generator was intended to power the Airstream if we lost power during cold weather. While I bought it knowing it was too small to start the Airstream’s air conditioner, I never thought about its ability to start a home refrigerator or freezer. Kim liked where this discussion was heading because she allowed that, while thankful for the overnight TV, the big generator’s loud drone had given her a headache. I too admit that I was not looking forward to 5-7 ear numbing days of big generator operation.

While Kim & I were reviewing our options for conserving generator gas, Daniel grilled lunch for everyone. 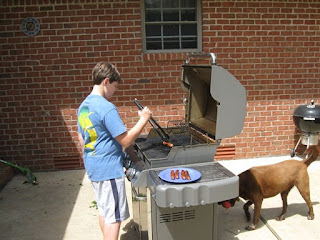 After lunch, the smaller, quieter Honda generator was hooked up in place of the Generac, and I crossed my fingers before plugging the refrigerator in. Success! After a second or two of generator strain, the refrigerator resumed blowing cold air. In an added bonus, the Honda was also able to handle the additional load of two televisions, and friends’ & neighbors’ cell phone charging stations. Swapping between powering the refrigerator or the freezer every four hours or so was a small price to pay for the auditory relief and gas savings.

Internet access on our provider’s end dried up when the power went out. Annoyingly, my backup plan of using our telephone land line for Internet access evaporated because the land line went dead too. The Boyz accepted the lack of access fairly well, and did what Kim & I did when we were their age – play with other neighborhood kids. 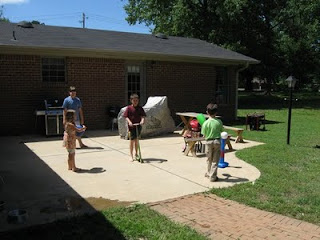 The weather for the first couple of days was coolly comfortable. But with warmer weather projected, windows needed to be opened which I knew were painted shut on both sides. And there was a storm window in the way of cutting the paint bond on the outside.

Jared was not sure what to think about a comfortable breeze blowing in from his bedroom window – I know for a fact he has never in his life experienced it from that particular window. 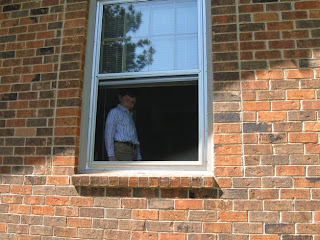 The Madison County Commission did an outstanding job of mobilizing for the recovery, and reporting progress. During one televised update, the Sheriff enacted a curfew, and at one point looked into the camera and reminded viewers that both home & business owners have a right to protect their home or store and property. While I already knew I could shoot bad guys in my house, they needed to be in the house. By his choice of words, I got the impression that the sheriff was extending a little latitude about exactly where the bad guy needed to be in no-lighting situations. 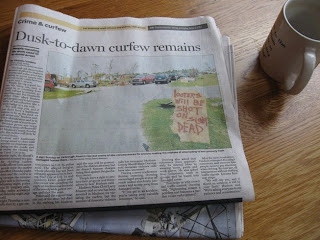 Since Cookie’s response to a bad guy in the yard would be to bring him her red ball for a game of fetch, I decided to chain the generators to my motorcycle for safekeeping. 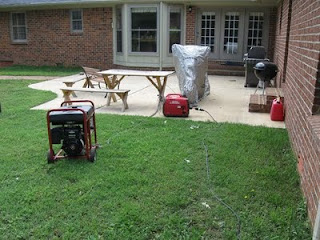 The plan was that if the sound of chains rattling in the dead of night was to be heard, I would respond with the sound of a 20-gauge pump action being cocked. Fortunately, every night was quiet.

Ya’d think that since we have a travel trailer we would be all about using disposable dinnerware when the power is out. But with a gas water heater, we had plenty of hot water, and a simple, heavy-duty cord run from the dishwasher to the big, loud generator allowed us a luxury not commonly found in campgrounds 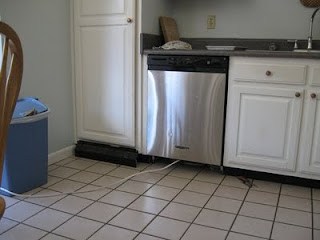 It did, however, require hearing protection one evening to check on the evening’s meal of grilled pork roast. 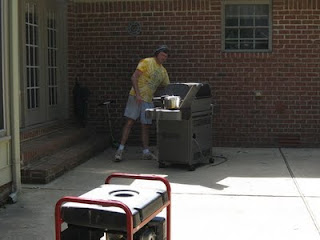 The Boyz continued to handle the power outage extremely well. It didn’t hurt, though, that when other kids were not over, the Wii and Netbook had games for them to play. 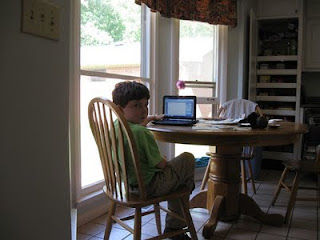 Everything appeared to be going well until the morning of Day 2. It was then I discovered I was out of clean underwear. Kim’s recommendation was for me to use some of Daniel’s since he & I now wear the same size. Although reasonable, I dismissed it because the last thing I wanted was to be rushed to the Emergency Room and asked by a snickering doctor if I was expressing my inner child through my choice of underwear.

While powering the washing machine was not a problem, the Generac is not big enough to run the electric dryer. Fortunately, Cookie did not mind us using her 25’, plastic-coated tether for a clothes line. Unfortunately, hearing protection was again required when hanging the wash out. 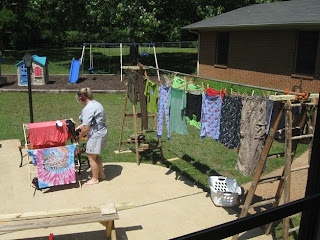 By Sunday we had had pretty much settled into a routine when the next challenge presented itself – It was starting to get hot. 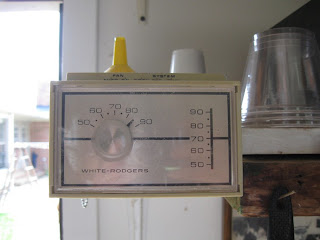 I wanted to sleep in the Airstream with the Generac supplying power to its air conditioner. Kim was not comfortable with that idea (remember the part about bad guys?) But she did think it was a good idea to at least enjoy dinner & TV in air conditioned comfort before going to bed. So I lugged the big, loud, and heavy Generac up to Mt. Airstream, and plugged everything up. 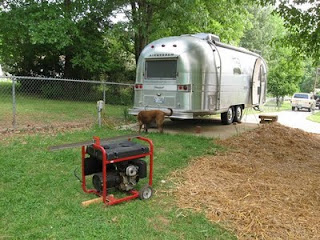 The generator fired right up, and then died, not to restart. Dinner prep was already in progress so the alternate dining accommodation idea was dropped.

While it was tough getting to sleep as hot as it was, blissfully the power came back on at 0200 Monday morning, and we could run the house's air conditioners.

The Generac’s issue was subsequently determined to be the engine protecting itself from low oil pressure caused by a low oil level exacerbated by the generator sitting at a slight tilt. Both generators were serviced Monday afternoon, and are now stored awaiting the next power outage. I hope it’s not anytime soon.