It Was Neither Black Gold nor Texas Tea

The bubbling in my front yard yesterday was coming from compressed air injected into the main waterline to identify a leak’s exact location. 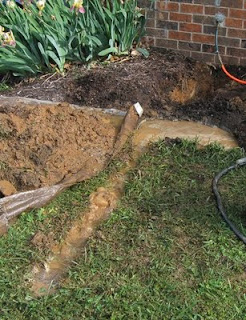 Between water from the leak and the all the rain we’ve had lately, the ground was saturated. Unfortunately, the amount of water proved too much to remove for my Airstream’s original PAR water pump (powered by the original Univolt). It was worth a shot, though. 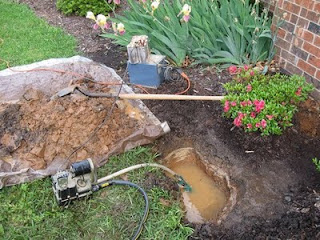 A new, “personal sump pump” from Lowes was, however, able to pump out the trench. 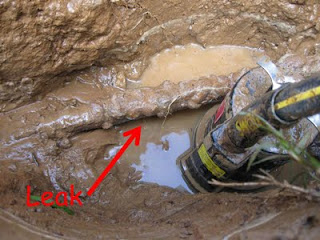 I was expecting the leaky pipe to be made of copper since copper plumbing runs throughout the original part of our house. But this was a galvanized pipe, and it was slathered with what appeared to be thin-mix concrete. The only reason I can come up with is the concrete must have been part of a bedding process when the pipe was originally laid. Whatever the reason, having to chisel it off certainly did not simplify the repair.

In another surprise, the waterline was a one-inch pipe instead of ¾-inch like I was expecting. And like home improvement stores sell repair parts for. Fortunately, there was a real plumbing store across town open until eleven on Saturdays. With the Silverado now hitting on all eight cylinders, I was able to make it there by 10:55. 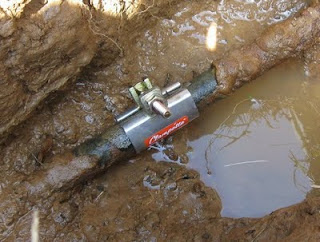 Blissfully, there was only the one leak. It was not that I minded addressing another one, but rather I was tired of dodging shingles from the guys who started on our new roof this morning. 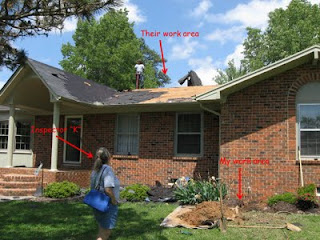 This was my first plumbing repair where a hard hat would have been handy.

I don’t think we have seen the last of leaks from this water line. A professional plumber probably would have recommended replacing the entire line now instead of patching it. But why let the pros have all the fun running a trencher?

Hopefully, we’re set for at least until after I get my vegetable garden planted.