For the first Airstream trip of 2011, we took the Overlander up to Montesano State Park this past weekend, and thoroughly enjoyed being back on a campground. 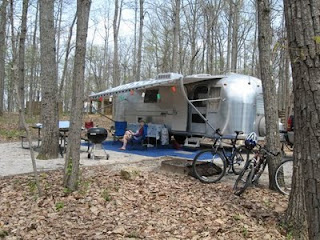 Although Saturday was on the windy side, the weather was great overall, and everyone got their fair share of fresh air & exercise.

In what was odd for my Overlander’s original Atwood water heater, the pilot light would not stay lit unless the main burner was on. Adjusting the pilot light’s gas screw had no effect. It was not that big of a deal for this trip since I didn’t mind re-lighting the water heater for the three or four times we needed to wash dishes. But something was wrong, and the fear was the 44 year-old appliance might have to be replaced since repair parts are no longer available.

To be honest, I’m surprised the water heater has lasted this long. The original expectation was that we would get a season or two out of it before it conked out. By that time, the budget would have recovered from the various costs of putting the Airstream back on the road, and we would be in a better position to replace it. But the appliance worked without incident for the next four years.

Near the start of camping season five, the pilot wouldn’t reliably stay lit. The cause was traced to a rusted-out wind guard which surrounds the pilot. Not wanting to disassemble anything for fear of having rusty parts break, the wind guard was repaired in-place with Thermosteel, and we enjoyed reliably hot water until what is now camping season eight.

The problem now appeared to be an obstruction in the pilot light’s plumbing. The pucker factor for the task was centered on removing/disassembling old rusty parts to clean out the obstruction.

Miraculously, nothing broke, and the opportunity was taken to make a new wind guard. 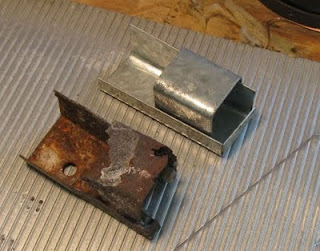 The gas line obstruction was traced to be somewhere in the Pilot Light Assembly. Man, they don’t make ‘em like this anymore. 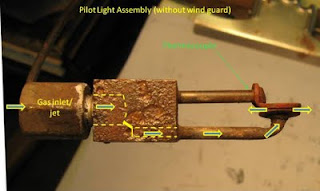 If the repair had been destined to be easy, the effort would have concluded with simply cleaning debris from the pinhole-sized pilot jet orifice. But as Obi-Wan once told Luke, “you can’t escape your destiny”.

With everything cleaned as well as possible, after reassembling the works, there still wasn’t enough gas flowing to keep the pilot lit. After ruling out everything else, it appeared the debris was compacted in the 90-degree turn the 1/8-inch pipe made just before the gas exited. After wasting much additional time trying to push piano wire through the assembly to clear the obstruction, there appeared to be only one way to get at the problem. 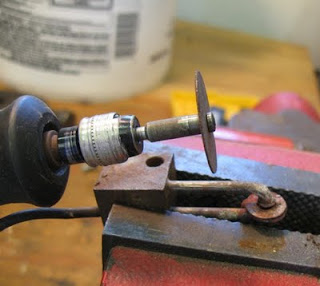 Cutting the pipe was the ticket, and a small pile of rust particles was easily cleaned from the bend.

A small length of stainless steel pipe drilled out to 9/64-inch ID, along with JBWeld, was used to couple the pipe back together. 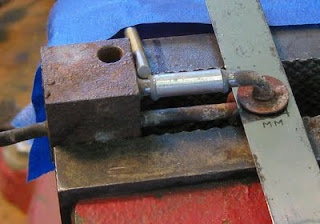 In anticipation of potentially saving the budget $250 for a new water heater, I celebrated with a 16 ounce rib-eye for dinner (Kim & the Boyz were out of town for the evening). 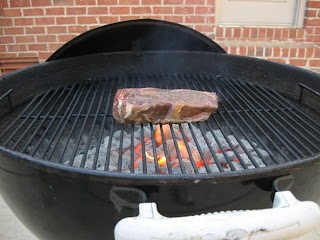 After curing last night, the pilot light assembly was reinstalled this morning, and lit & adjusted before my day job beckoned.

Success! The pilot was still burning late this afternoon. As an added bonus, the main burner was happy to light off of it. 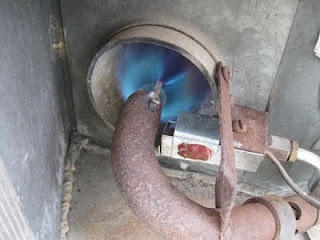