In addition to winding clocks and lighting travel trailer pilot lights, another activity I appear to enjoy doing the hard way is making my own bread. I’m not a masochist, though, when it comes to kneading the dough. Either a mixer with dough hooks or one or both of my two bread machines do the hard work. 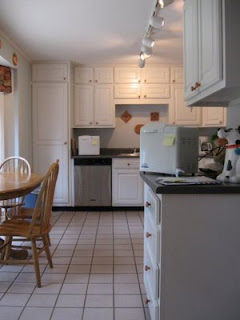 While the bread du jour varies according to what’s on a given night’s menu, potato bread gets made a lot as its texture lends itself well to toasting. 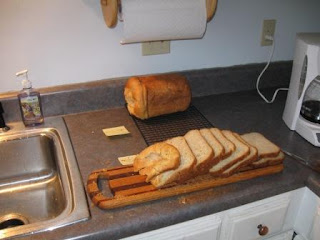 I imagine it would also make good croutons. The problem would be that I would have to eat a salad to find out.
Back when I was a fast-food breakfast cook, we always used White Lily all-purpose flour for making biscuit and breading steak. Since I thought the biscuits were always tasty, it made sense to start making yeast bread with White Lily bread flour. That ended up being a wise decision as the countless loaves of bread and tins of dinner rolls that have come out of my kitchen have never a had a problem that could be blamed on the flour.
The other day, I was in the grocery store’s baking aisle about to pick up another five pounds of White Lily flour when the label on King Arthur’s flour bag caught my eye, “… never bromated”. While I didn’t know what ‘bromated’ meant, it sounded serious enough to scan White Lily’s bag for a similar statement. After a fruitless search, I was now in a quandary – do I stick with what I know works or do I take a chance that flour which has not been so horribly mistreated might make a tastier side item? Would members of People for the Ethical Treatment of Flour be standing at the door waiting to throw measured cups of tepid water at me if I chose poorly?
Nah, its just marketing. It worked, though; I bought a bag. 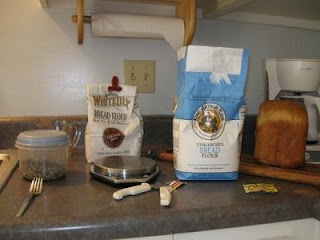 Every so often, I like to experiment with new or unusual ingredients. A couple of years ago, after getting annoyed that the Boyz were not eating enough of their vegetables, I invented a recipe for Collard Bread after Google was unable to match any documents. Yeah – it shocked me too. The resulting bread was surprisingly well received. I’m sure slathering it with extra garlic butter didn’t hurt.
Last week, I had a small amount of Southern style green beans, and smoked pork drippings left over from a meal that were too good to just throw away. Out came the bread machine. Although tasty, the loaf’s presentation had a bit to be desired. The green beans, while tender, had not broken down much during blending, and had subsequently been pushed to the outer edges of the loaf during the bread machine’s mix cycle instead of blending in a random pattern.
Saturday night’s vegetable of homegrown cabbage was not received well by everybody. A part of my third-grader’s school project, the plant had been grown from a seed and later transplanted to the garden. Through some misstep of mine, the cabbage leaves never formed a head, and ended up being quite tough and a little bitter. But, after an hour-and-a-half of cooking with a dollop of bacon grease and a shot of hot sauce, I thought the greens came out okay. Surprisingly, they tasted a lot like collards... which gave me an idea which included the bag of PETF-approved flour that had just been purchased.
This time, the bread machine was only allowed to mix & knead the dough. When the hard work was complete, the dough was then rolled out, rolled up, and then allowed to rise in a Pyrex bread loaf dish before being baked in the oven. The resulting bread had a wonderful whirled appearance whose taste simply demanded an appropriately aged cheese, and a 1980 Demi-Sec Vouvray to complement it. Having neither on hand, I made do. 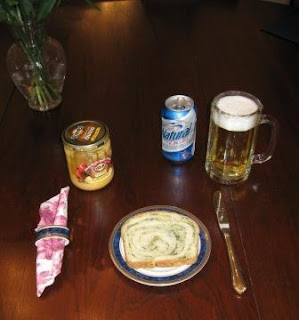 Later, while rummaging through the refrigerator, I ran across a several-days-old container of leftover black-eye peas, and instantly visualized my next King Arthur Flour creation. 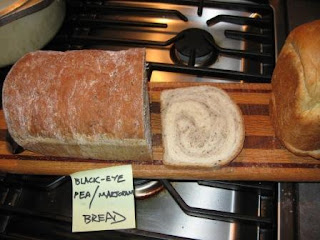 Made the same way the cabbage bread was, it too was quite tasty. 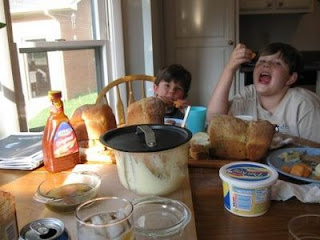 One problem when making bread is that the end product often attracts bread termites. Usually, when a loaf is made, only the amount of bread needed for the meal is sliced off, and the loaf is turned cut-side-down on the cutting board to keep it from drying out. By the next meal, the termites have usually come & gone leaving a hollow spot. 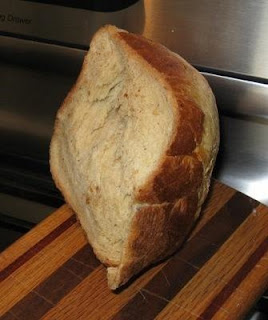 Number two son was puzzled as he declared he never saw any unusual activity the countless times he passed through the kitchen. 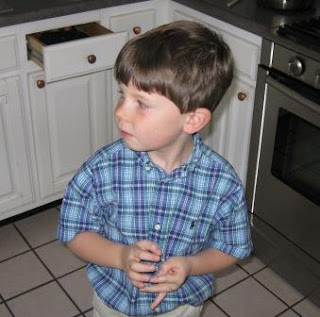 But the “termites” have never been a serious problem – The freezer always gets its fair share of bread in the end. 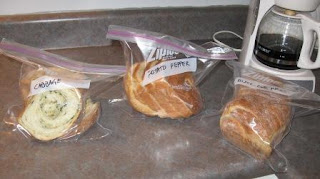 Ultimately, I could not tell a difference between the White Lily and King Arthur bread flours. Both make fine yeast bread. Now I know.

Hmm, there's a can of sardines in the cupboard...