This year at my in-law’s Thanksgiving dinner Kim’s mom asked me to make her another wide cutting board because the size of the last one I custom-made for her was handy for keeping hot stuff from damaging her countertop.

So a few weeks ago, a maple, rough-cut board that appeared to fit the material list was dug out the wood crib. 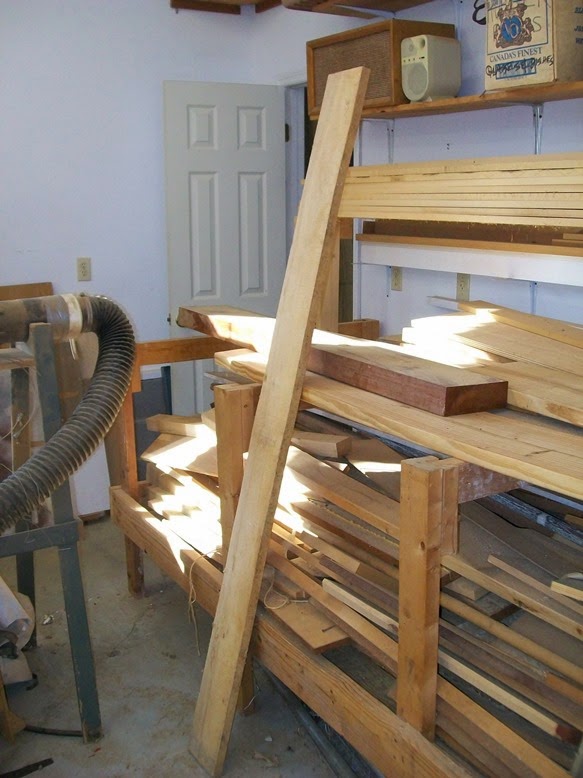 The 1-inch thick board was then cut into three pieces which were then planed to remove most of the roughness, then edge jointed for flat glue surfaces. 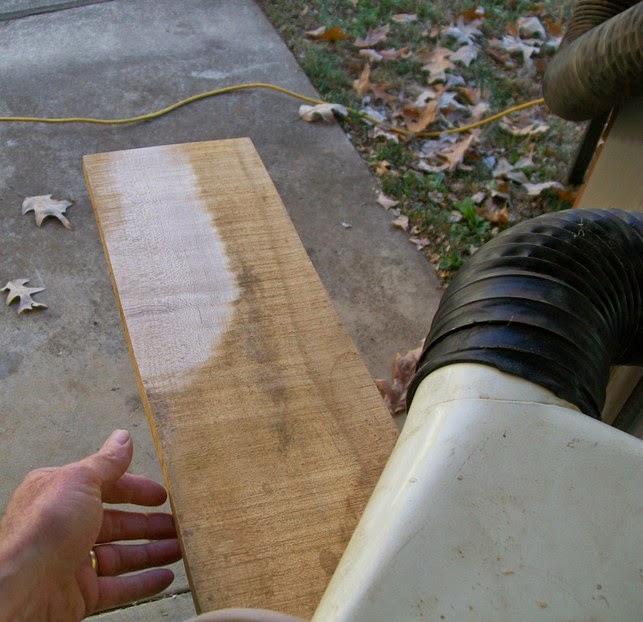 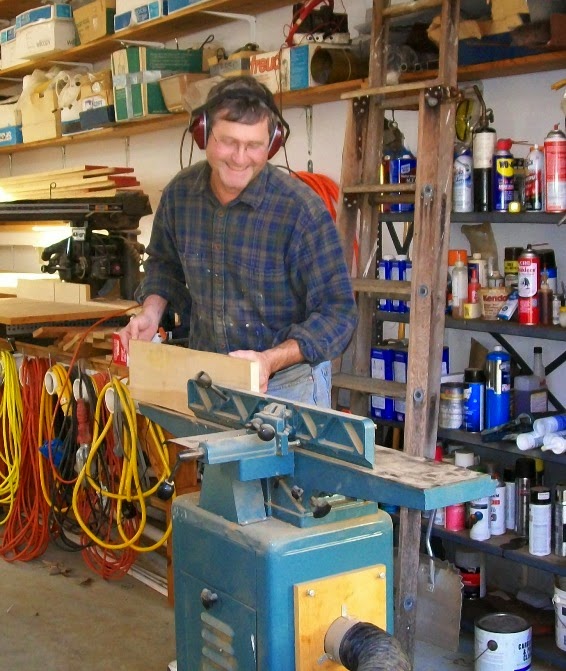 Just as I have done countless times in the past, the boards were then bonded with polyurethane glue, clamped, weighted, and left alone overnight. The next day, the glue-up was ripped to size, and repeatedly run through the planer with the intent of producing an end-product with a thickness of no less than ¾-inch. 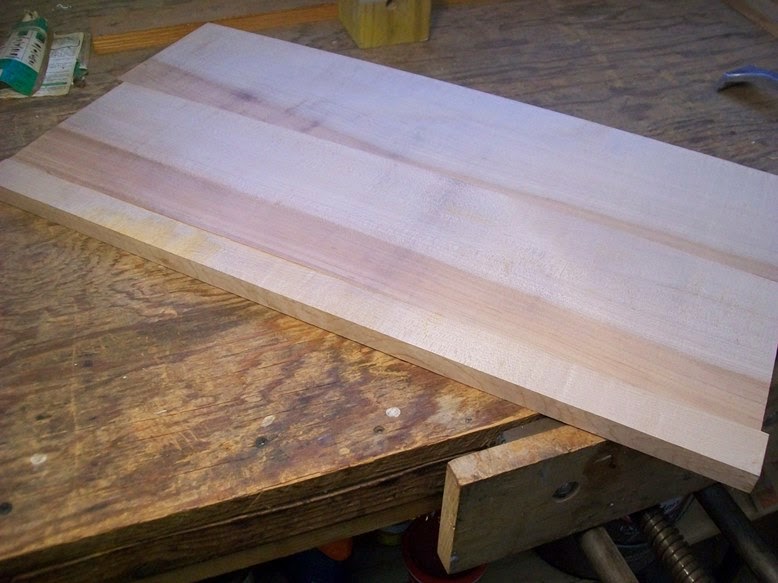 But it eventually became evident that I had screwed up the boards’ arrangement at glue-up because at 11/16-inch thickness the project was still not flat. 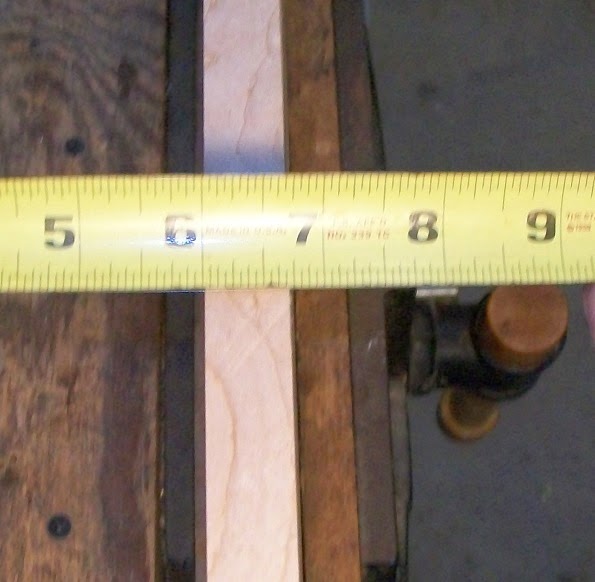 So the uncompleted effort was tossed back into the wood crib before commencing round two with a different board. 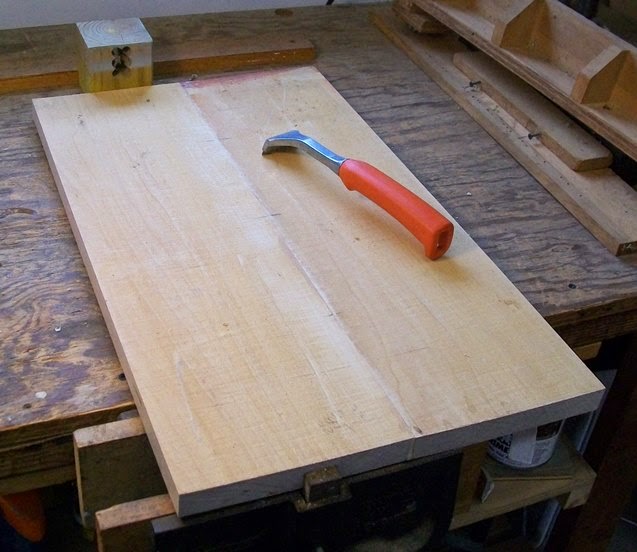 After paying attention this time, I was rewarded with an end product which turned out like I wanted.  Plus, Kim’s mom was thrilled with it. 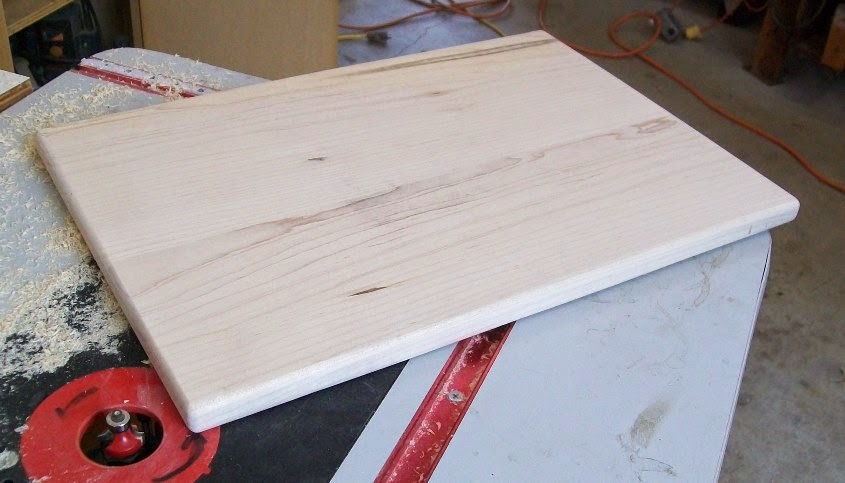 The story would have ended there if my youngest son had not asked me to fix the keyboard tray attached to his computer desk a few days later.  One look told me the repair would not just be a simple adjustment. 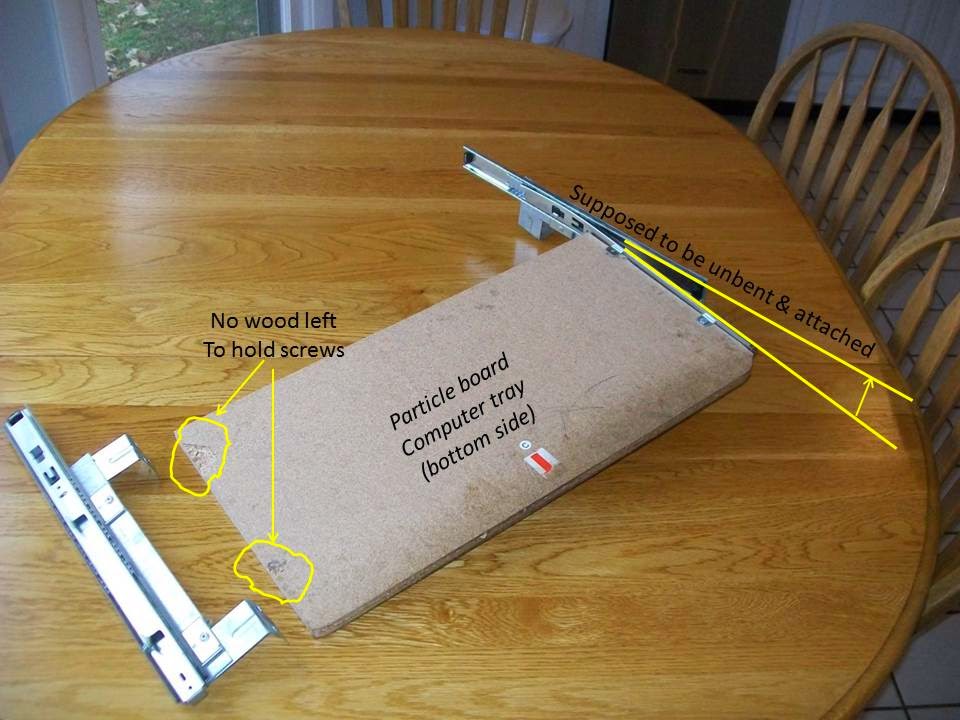 Repairing the stripped out screw holes looked like a problem until I remembered the failed cutting board blank.  Bingo!  It had the perfect starting size. 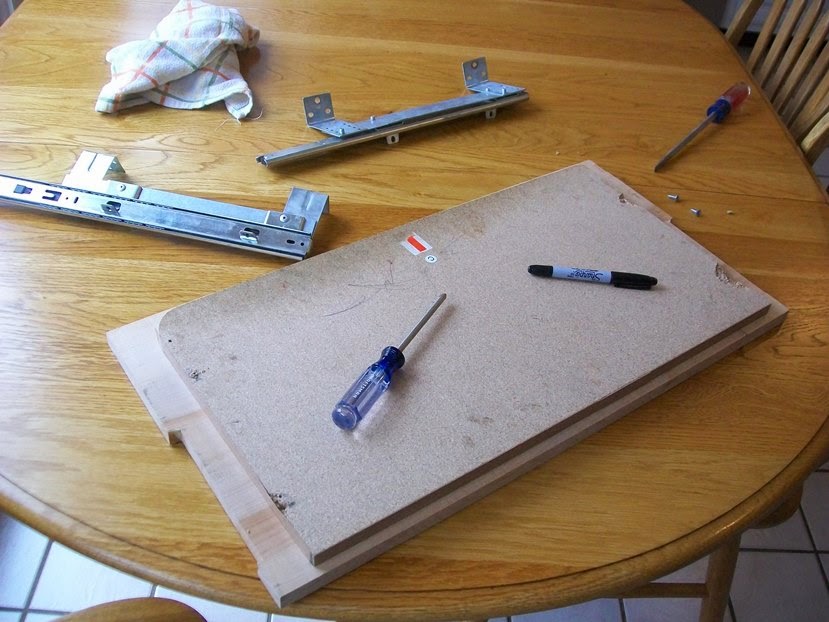 It finished out well in very little time.  I skipped applying a protective finish because no one cared about one nor did they want to wait out the drying time.

Everyone was pleased with the final product. 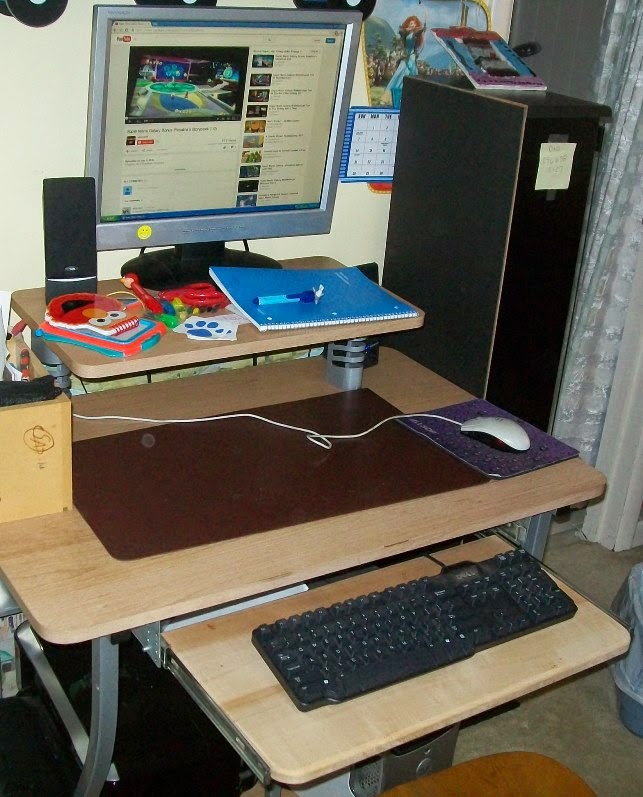 Waste not, want not!