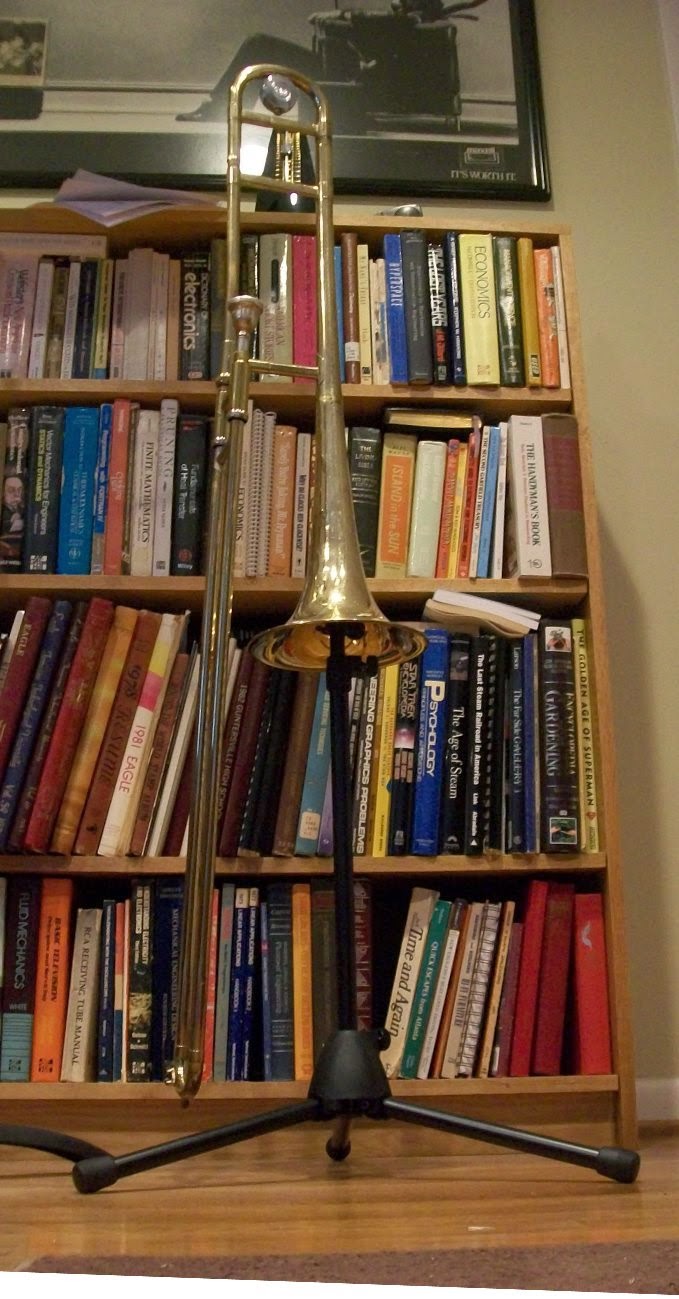 It has been a little over a year since I started learning how to play the trombone, and although fun, the learning curve has been steeper than anticipated.  Since I played trumpet in high school, I thought mastering this low-brass instrument would involve little more than learning slide positions.  Wrong!  After trying to play a Sousa March, I found that I had forgotten some of the musical nomenclature. 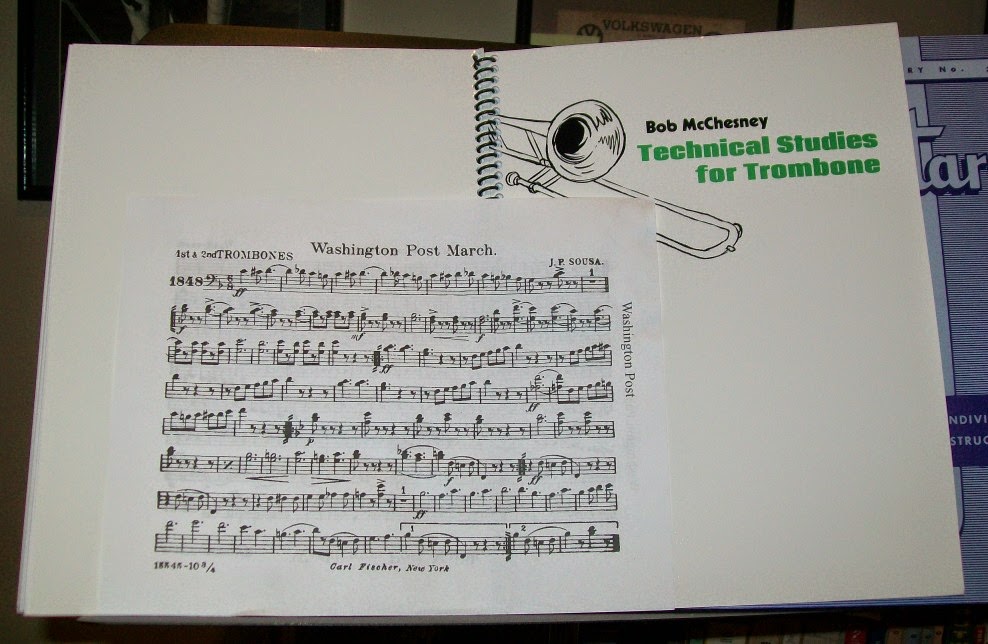 Plus, what little embouchure I had for the trumpet did not map over to the trombone’s bigger mouthpiece.  But I stuck with it, and between learning the rudiments from Rubank’s Elementary Method for Trombone, and re-learning to sight read by playing hymns, progress was steadily made. 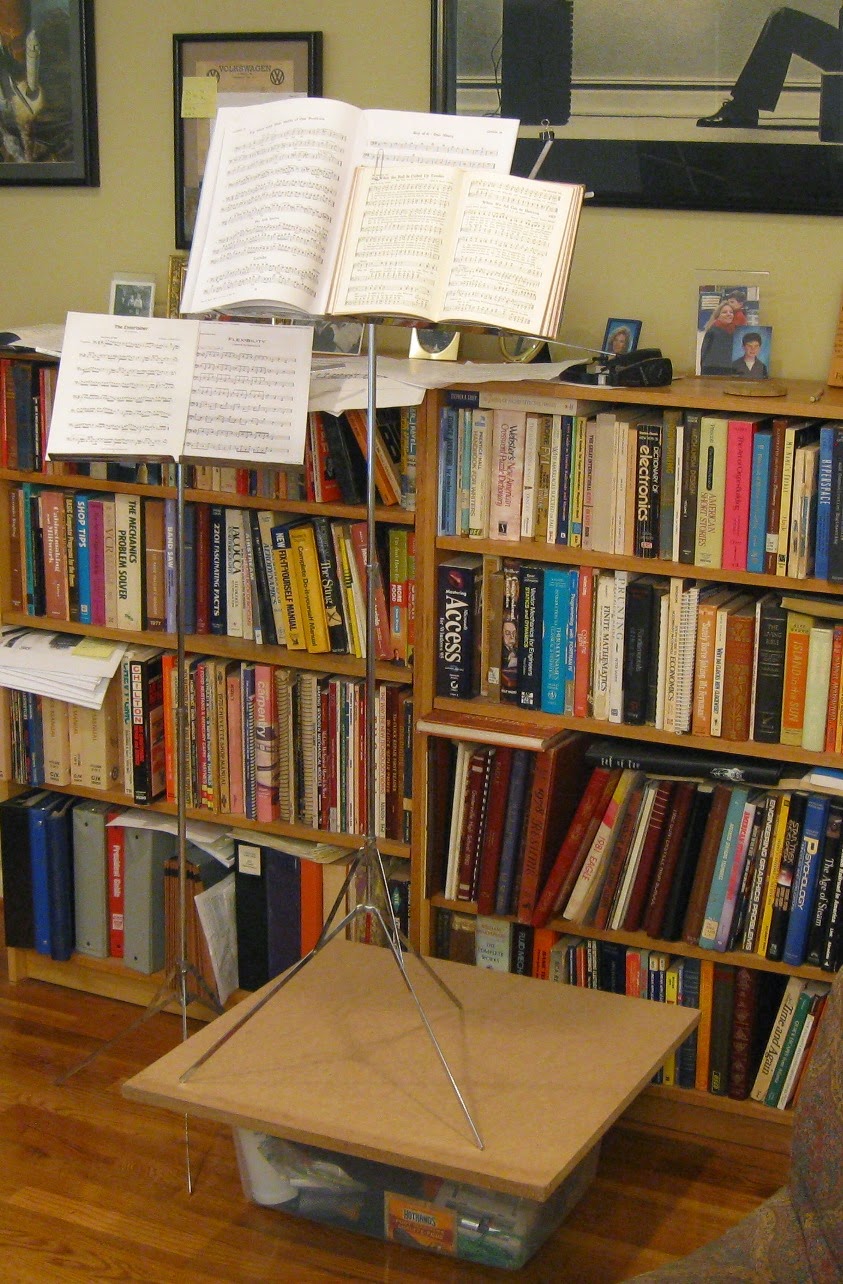 After a couple months of practice proved to me this was not a passing fancy, an extra-tall, band-room quality music stand was purchased for the effort.  That was money well spent as it simultaneously made keeping up with several music books easier and cleaned up the look of my practice room.

By the end of the year, between birthday & Christmas gifts, two other stands and several more music books were added to the effort. 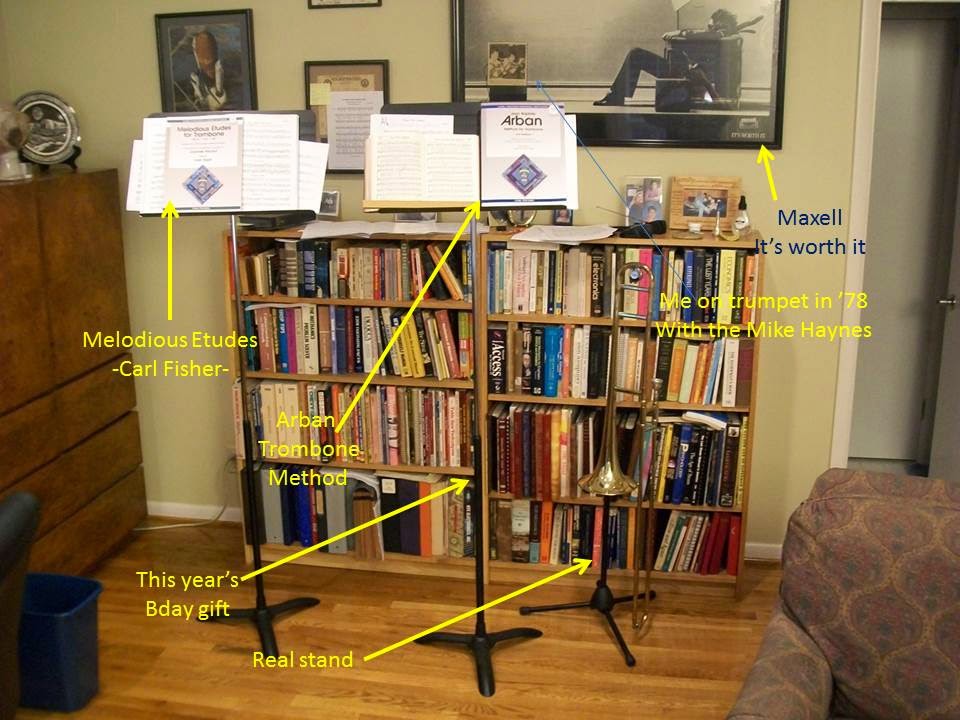 Although the free tuning fork software provided by the Internet was perfect for matching slide positions with the correct audio frequencies, everyone’s metronome software didn’t click with me for various reasons.  I tried going without a beat reference but after a while, the timing of most of my musical selections seemed to be corresponding to some variation of the room’s cuckoo clock beat period. 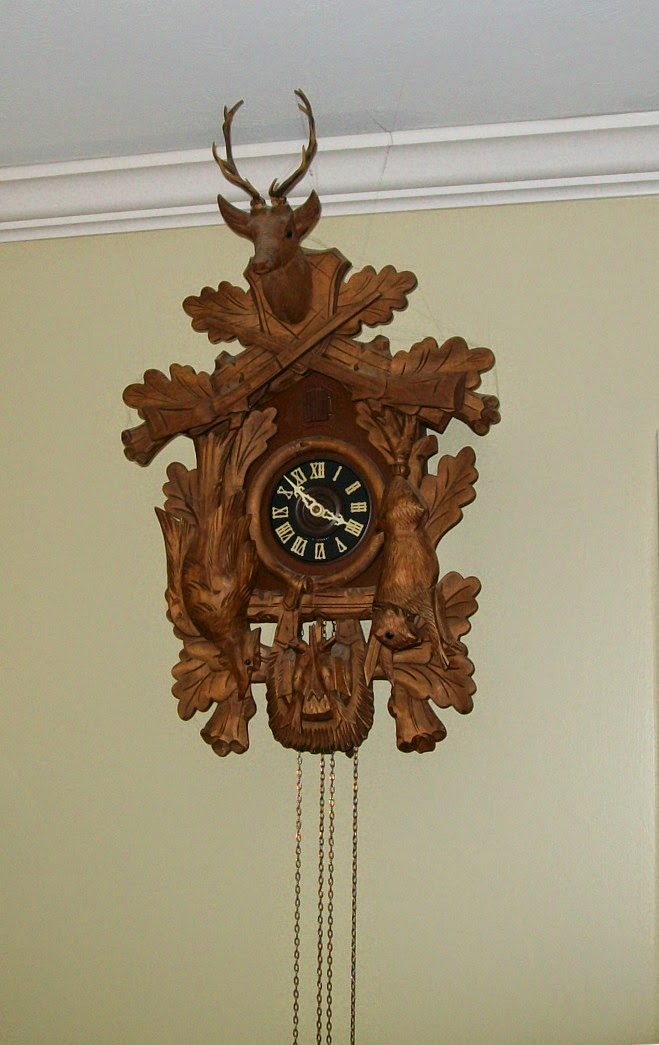 Acting on the premise that a mechanical metronome might appeal to my “do it the hard way” nature, we got Amazon Prime to send me a wind-up version. 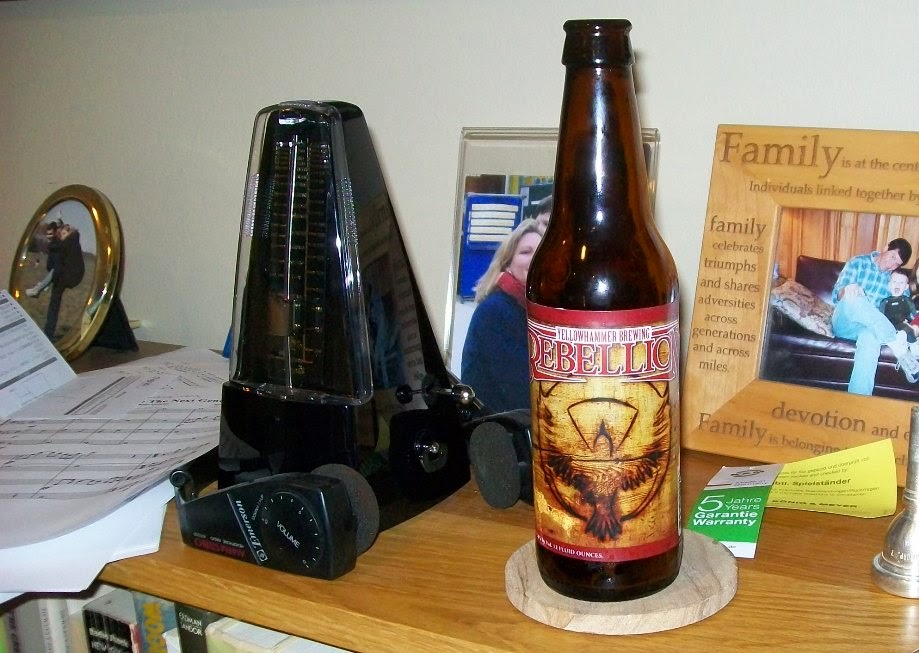 The metronome is on the left.  Rebellion is an outstanding locally brewed red ale.  Not a good practice beer, though, because it’s high alcohol content makes the slide move a bit too freely; better to stick with Natty Lite if I ever plan to get good at triple-tonguing fast passages of music.

I occasionally share my trombone adventure with friends, and the ones with musical backgrounds often ask if I am taking private lessons.  Although “no” is the short answer, YouTube has been a wonderful resource for this effort.  JohnWright1964.com in particular has many helpful videos available for anyone wanting to learn a band instrument.  The musician at ClassicalTrombone.com is nothing but amazing with both his virtuosity, and ability to adapt the trombone to pop music.

After a year’s worth of near daily effort, I have finished my Rubank’s book, and have practiced 450 hymns at least one time each. 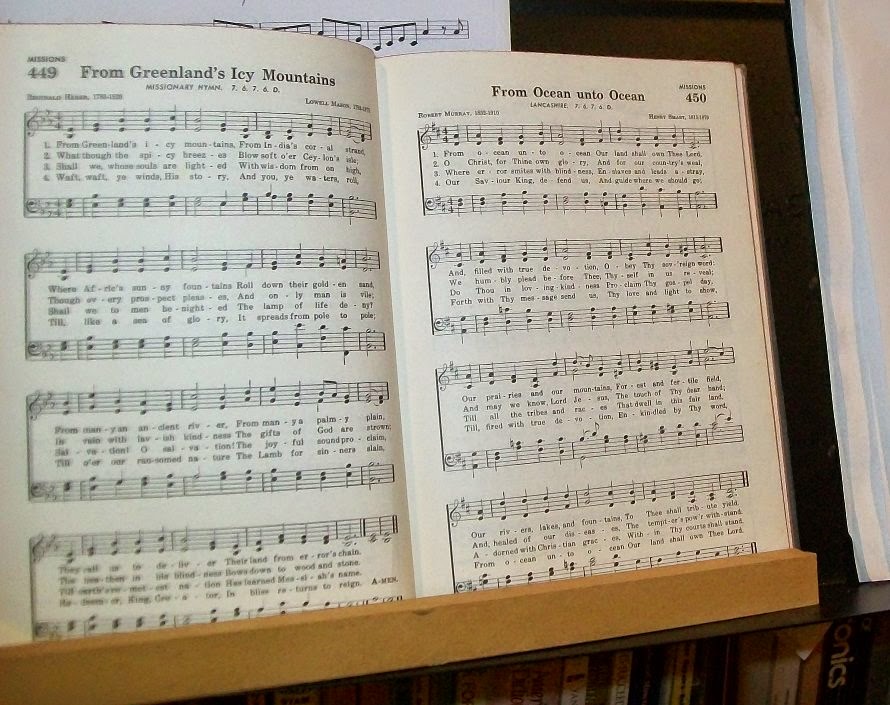 At this point, I would rank me as either a first-chair Junior High School trombonist or third-chair High School.  So there is no worry about me giving up my day job.

But if I am ever able to keep up with Christopher Bill on pop, Harry Watters on jazz or Bob McChesney on anything, I would think strongly about a second career!