Carrying A Weber Grill Without A Suburban


As much as I did not want to, I sold my 1984 Suburban last year because it got too expensive to operate.  As an Airstream hauler, the truck was great because the back would hold everything we wanted plus the kitchen sink.  My full-size Weber grill fit especially well. 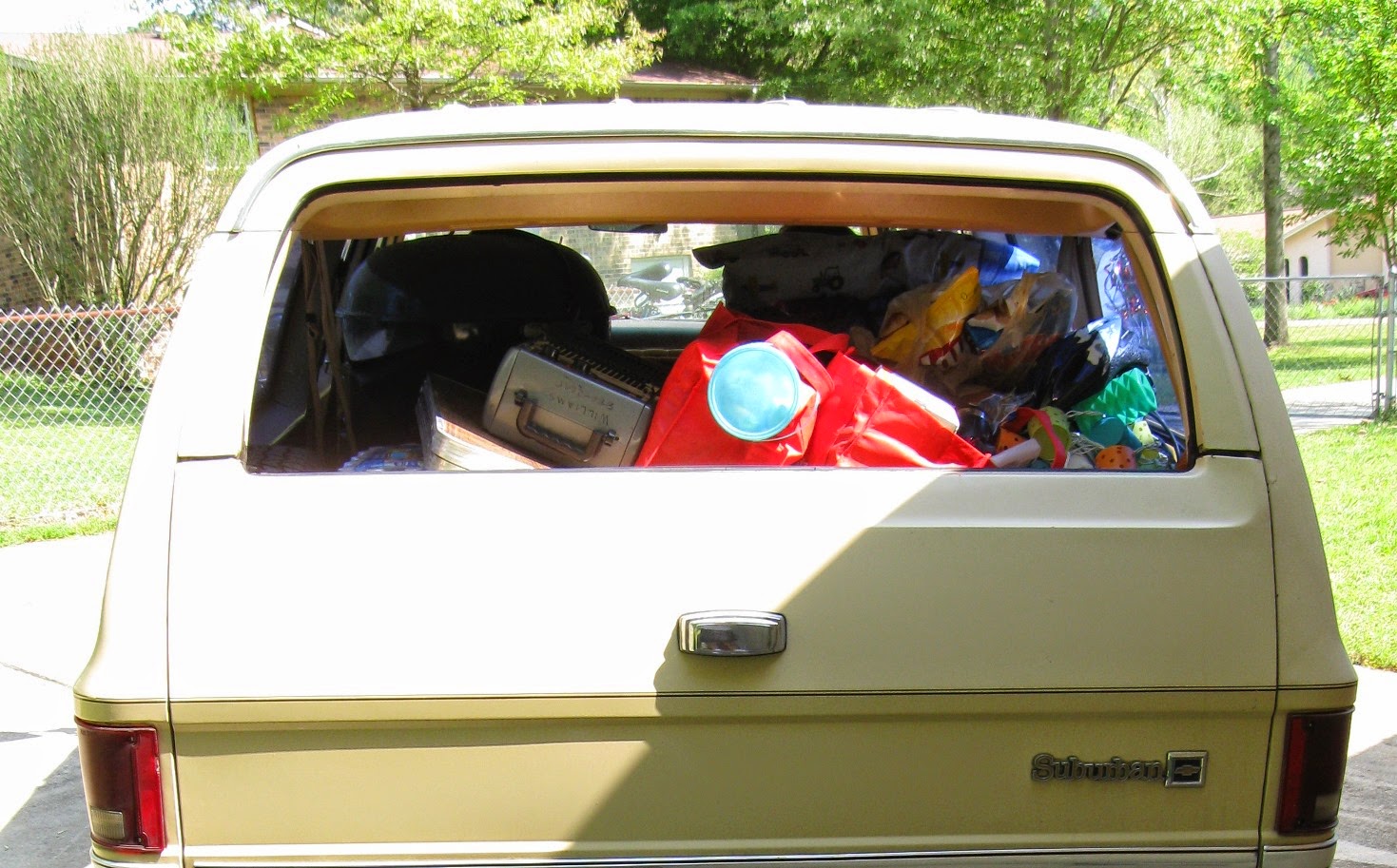 The post-Burb plan was to tow with my Silverado for camping trips needing the grill, and Kim’s Yukon the rest of the time.  The plan almost worked until my oldest son grew too tall to fit comfortably fit in the pickup’s extended cab for long trips.

So we bought the smaller Smokey Joe and tried it out for a few trips. 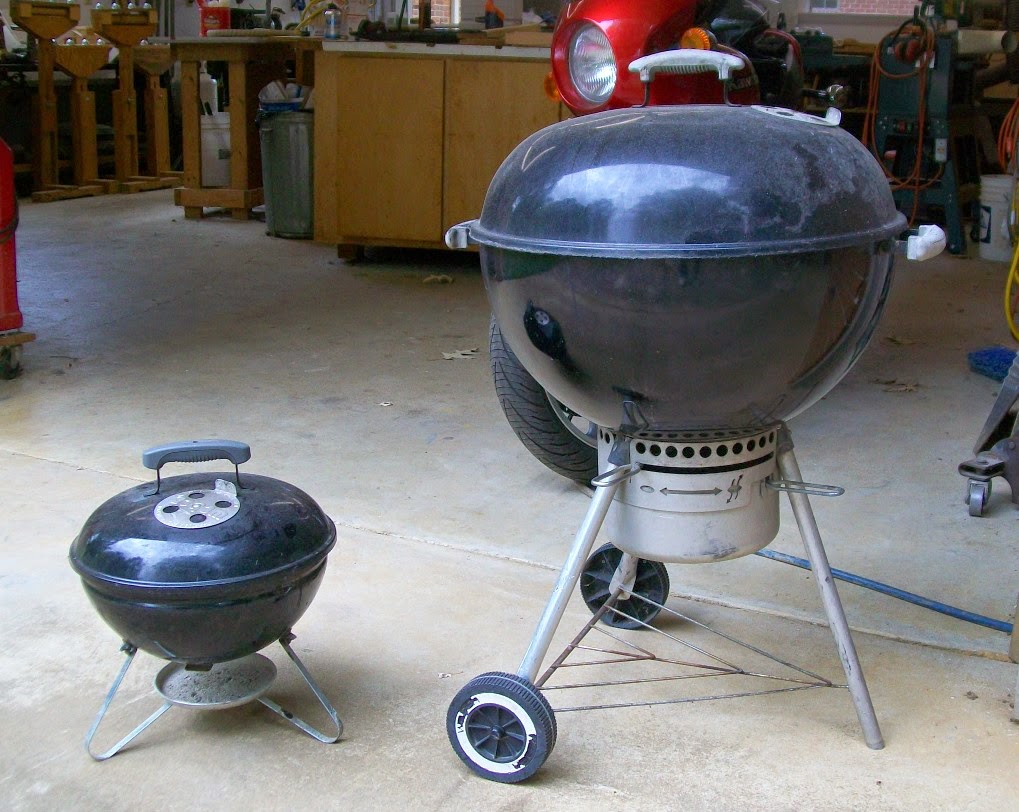 For its size, it does a really good job, and would be perfect for two people.  But for our family of four and/or cooking for others, the big Weber is the grill I would rather have at the campsite.

Since it was not going to be carried in the Yukon, the goal was to figure out to safely carry it in my Airstream  The best area appeared to be forward where the fold-out table is. 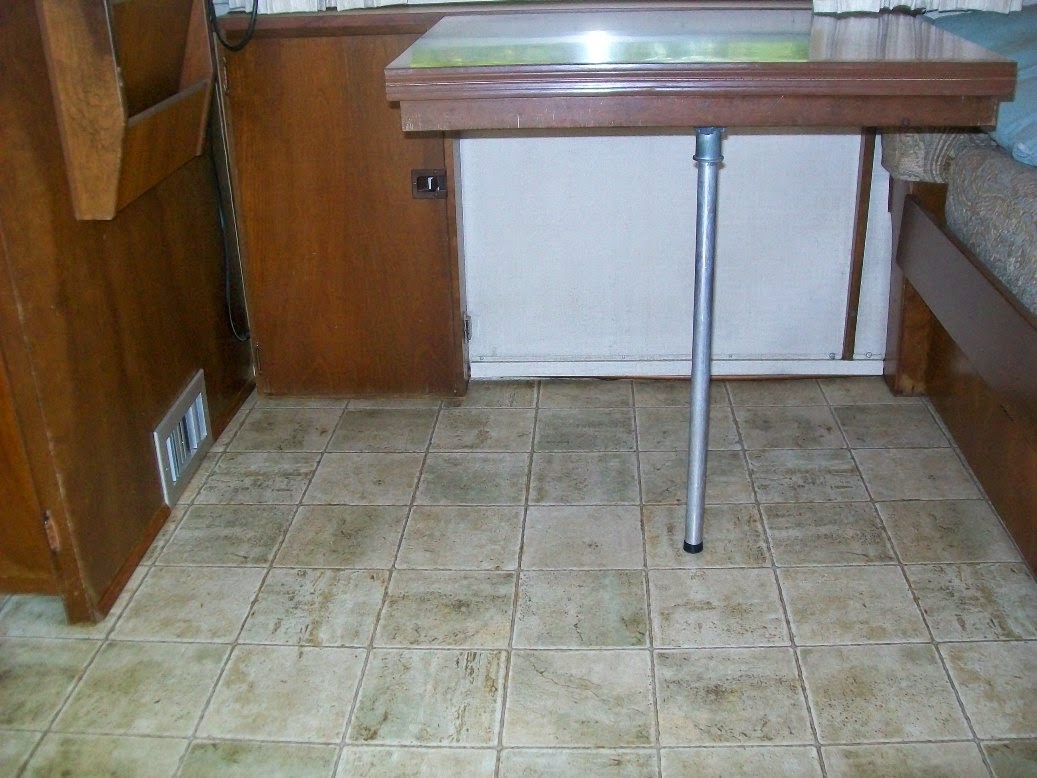 A small cabinet to the table’s left is securely screwed to the wall, and appeared to be strong enough help with keeping the grill from rolling around.

A carrying fixture was constructed from various wood cut-offs to bolt to the side of the wine cabinet with one, 7/16-inch fastener. 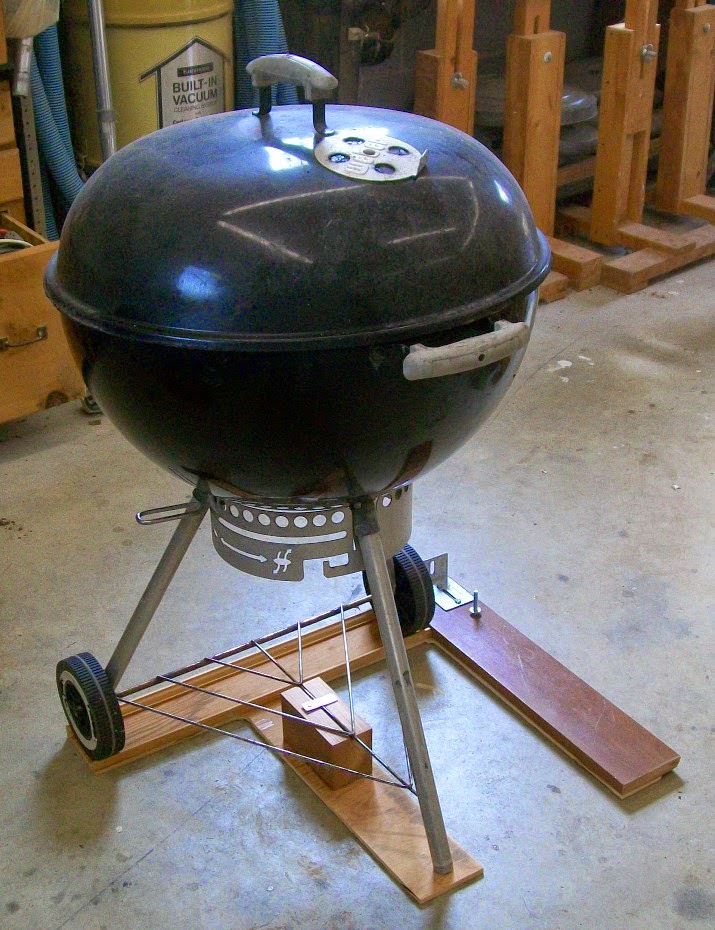 The wheels are constrained from rolling with moulding strips while a simple keeper on a grooved block of cherry keeps the grill on the fixture.  A long cherry board mounted to the side dissipates the stress of panic stops. 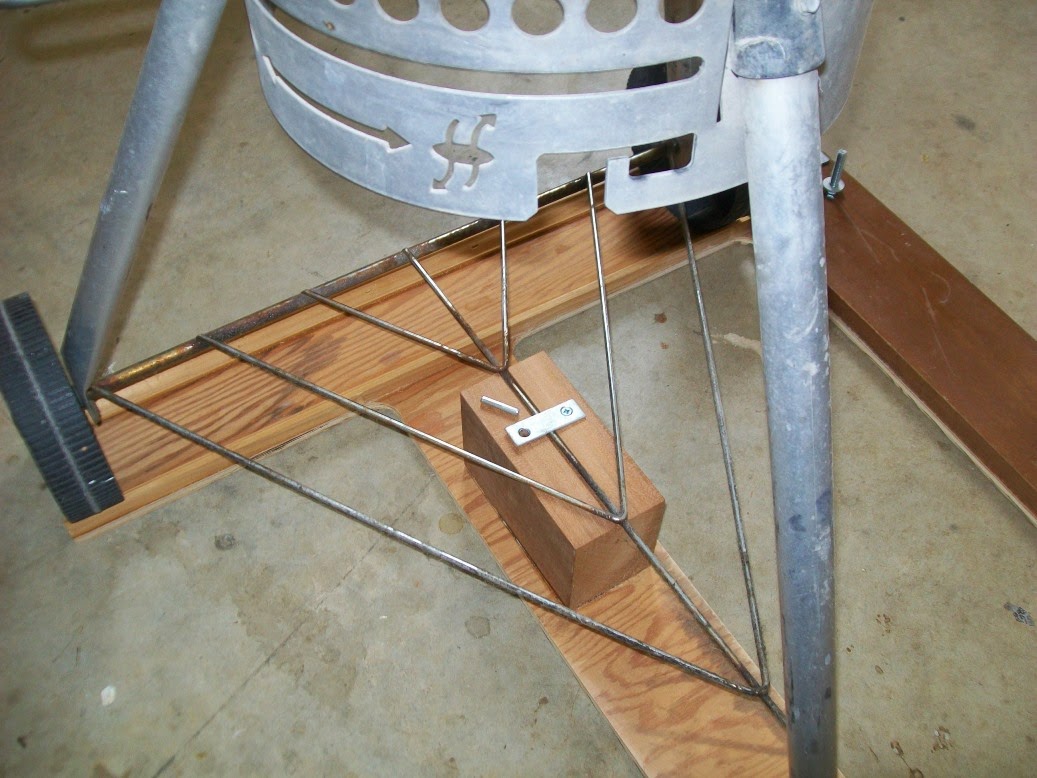 While it is easily removable, the fixture is not that obtrusive.  We actually left in place on a layover stop while en route to Disney earlier this year since the table easily folds out over it. 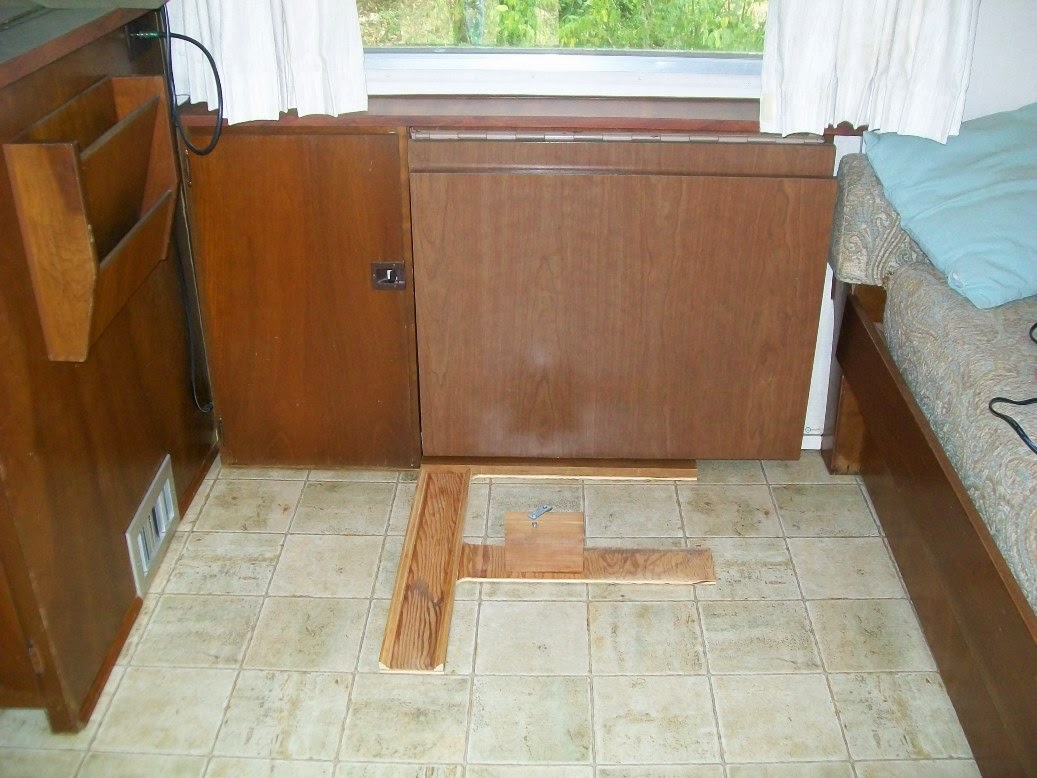 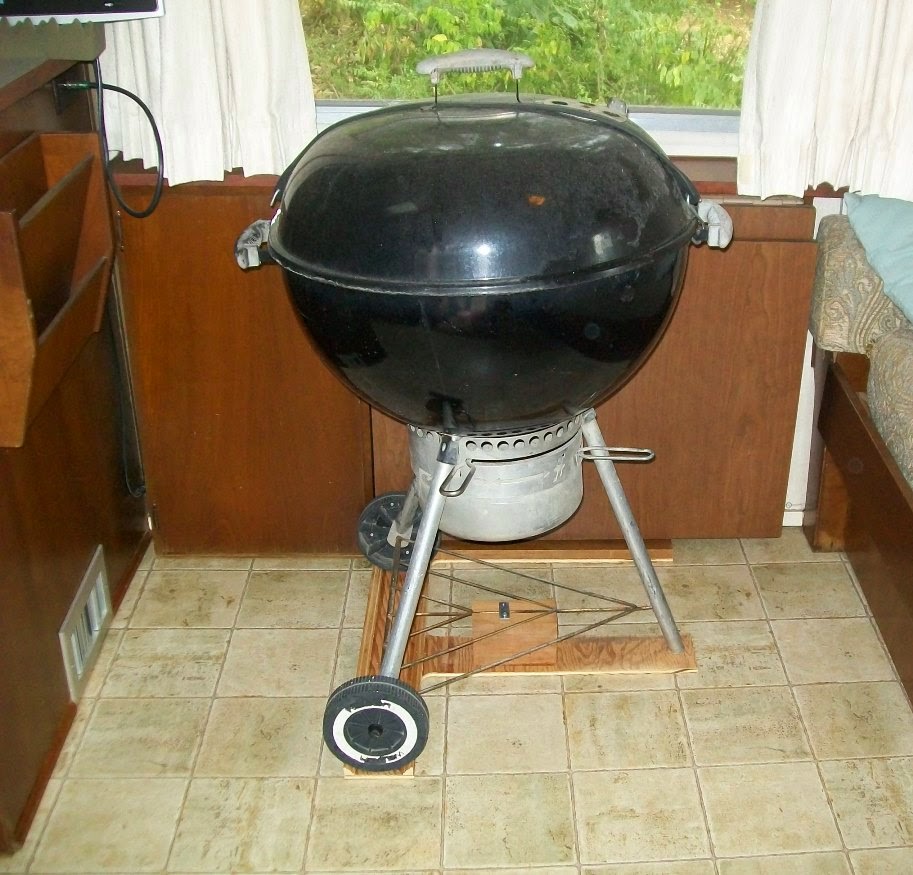 The carrier ended up being so stable we ended up bungee-cording a couple of bicycles to the grill on the way back from our last trip. 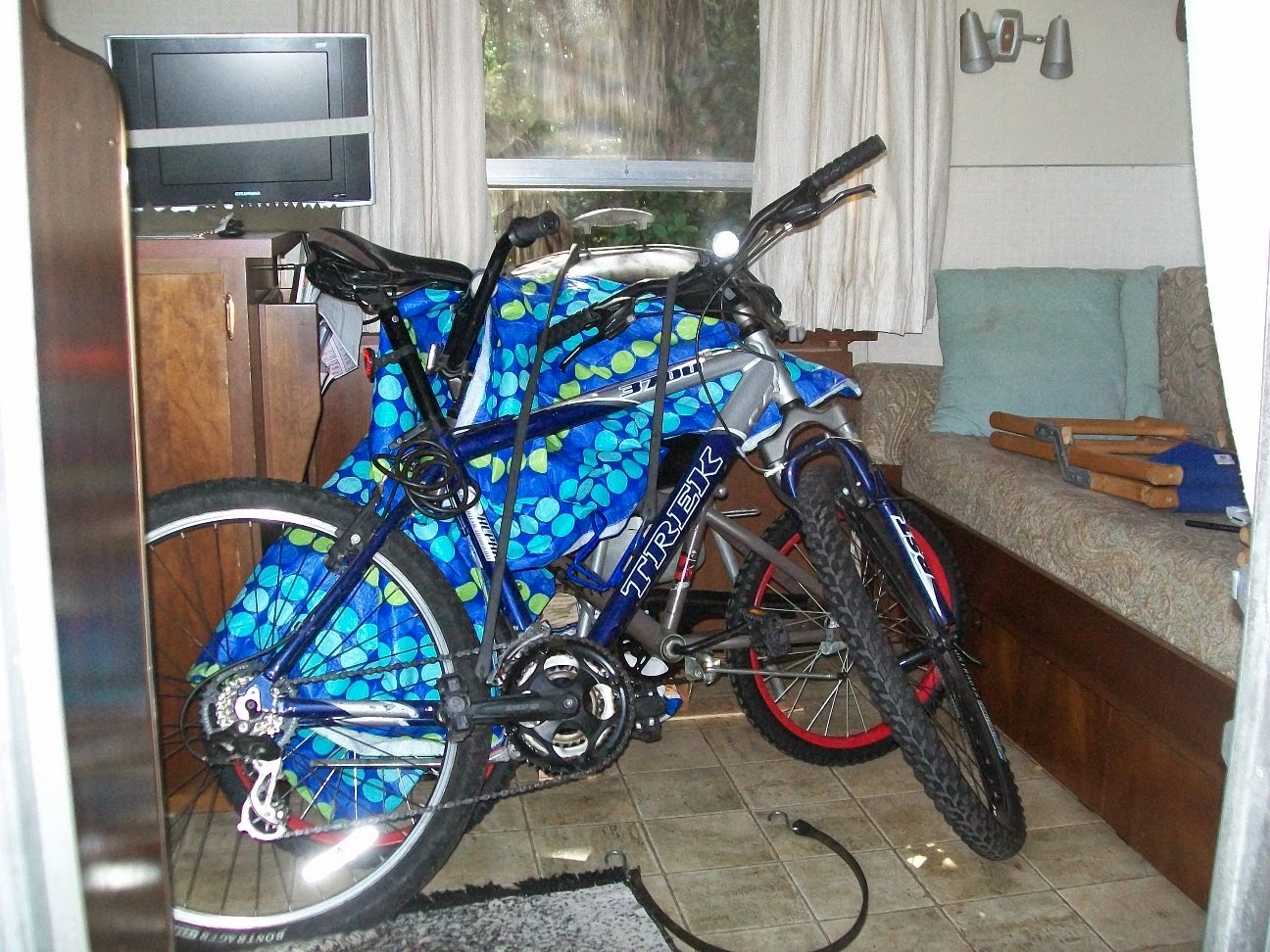 In addition to working out much better than I initially hoped for, the simple fixture makes not having the Mighty Burb anymore easier to live with.