Making My Own “Forties On 4” 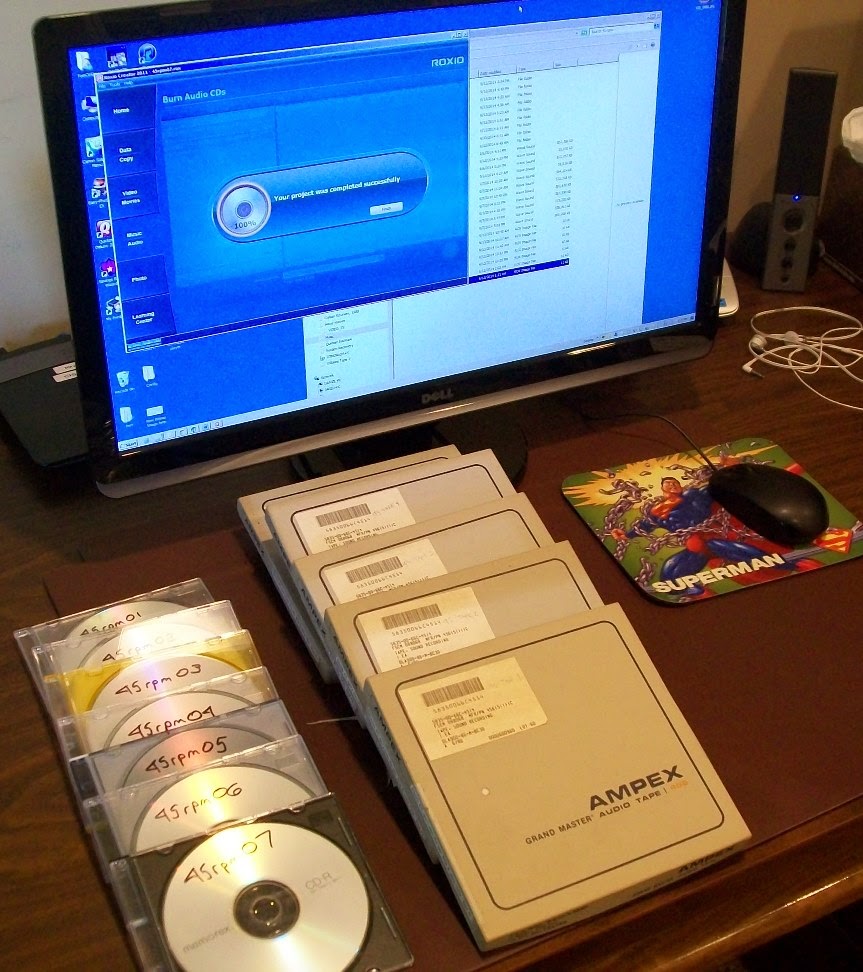 Of all the time periods, music of the 1940’s is my overall favorite.  Out-of-town road trips in my wife’s Yukon were always fun because I had the chance to listen to XM radio’s forties’ music on channel four after Disney Radio had looped through too many times for everyone’s comfort.  Sadly, the channel went away, and after XM increased their price for the remaining channels, the subscription was dropped.

Having the satellite radio channel to listen to meant I could keep ignoring roughly 200, 45rpm records from the forties I had mastered on five reels of the wrong kind of tape back in 1997.  In a nutshell, the 45’s needed to be transferred to cassette tape for someone else, and I decided to dub to reel-to-reel first because the deck is easier to start & stop recording than my cassette deck.  A while earlier someone else had given me a small stack of brand-new, Ampex reel-to-reel recording tape, and I thought this highly regarded brand would be great for the task.

After the completed recordings came out sounding tinny, research revealed that the Ampex tape required a different level of recording bias than my machine normally produced.  Although post-processing could have resolved the issue, the cassette end-user, since none of this cost him anything, was okay with adjusting his stereo’s tone controls at playback.  Plus, I didn’t have any post-processing equipment then like I did in high school.  Way back then, I had a stereophonic, 10-band graphic equalizer from DAK which was bought to compensate for my system’s low-fidelity speakers.  That device would have easily corrected all traces of the original issue.  But the need for that piece of hardware evaporated after I got my Polk Audio SDA1 speakers, and the equalizer was given to someone who needed it.

If nothing else, 2014 will go down as “the year of the $1 yard sale finds” because a few weeks ago, a dollar bill was traded for a seven-band equalizer which only needed a power cord.

The next step was to experimentally determine the best settings.  For this phase, the equalizer was hooked up to the output of the tape deck, and a song from the turntable was recorded on the same lot of Ampex tape as the original effort.  The tape was then rewound, and the stylus placed back at the start of the record so both were playing at the same time.  Alternating between the two sources, the equalizer slides were then adjusted until the two streams sounded the same.  Daniel’s young ears were a big help here. 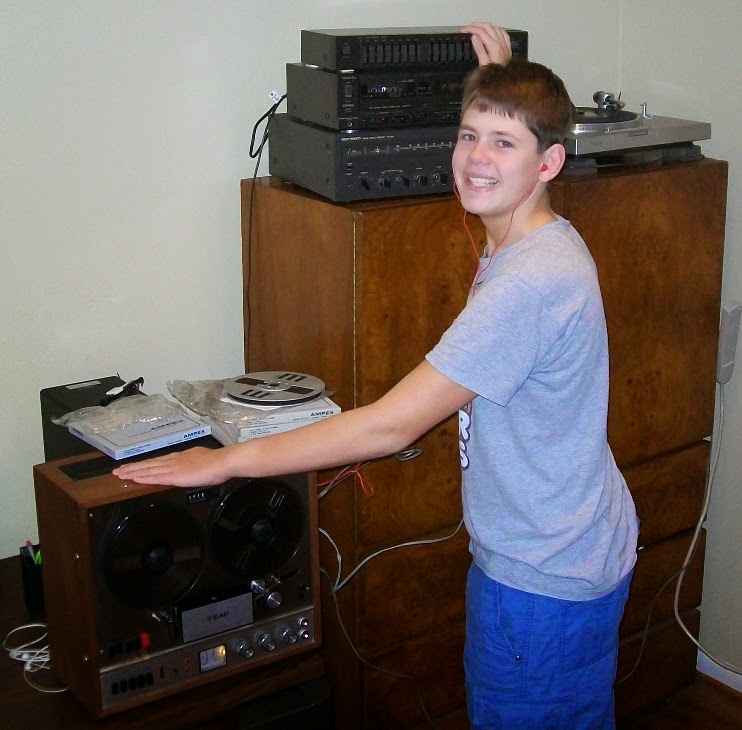 I thought it was a great exercise for Daniel in that he got to see what used to be involved in playing music back before iTunes & YouTube.

After calibration, it was supposed to be a simple task of playing the tapes into the computer. 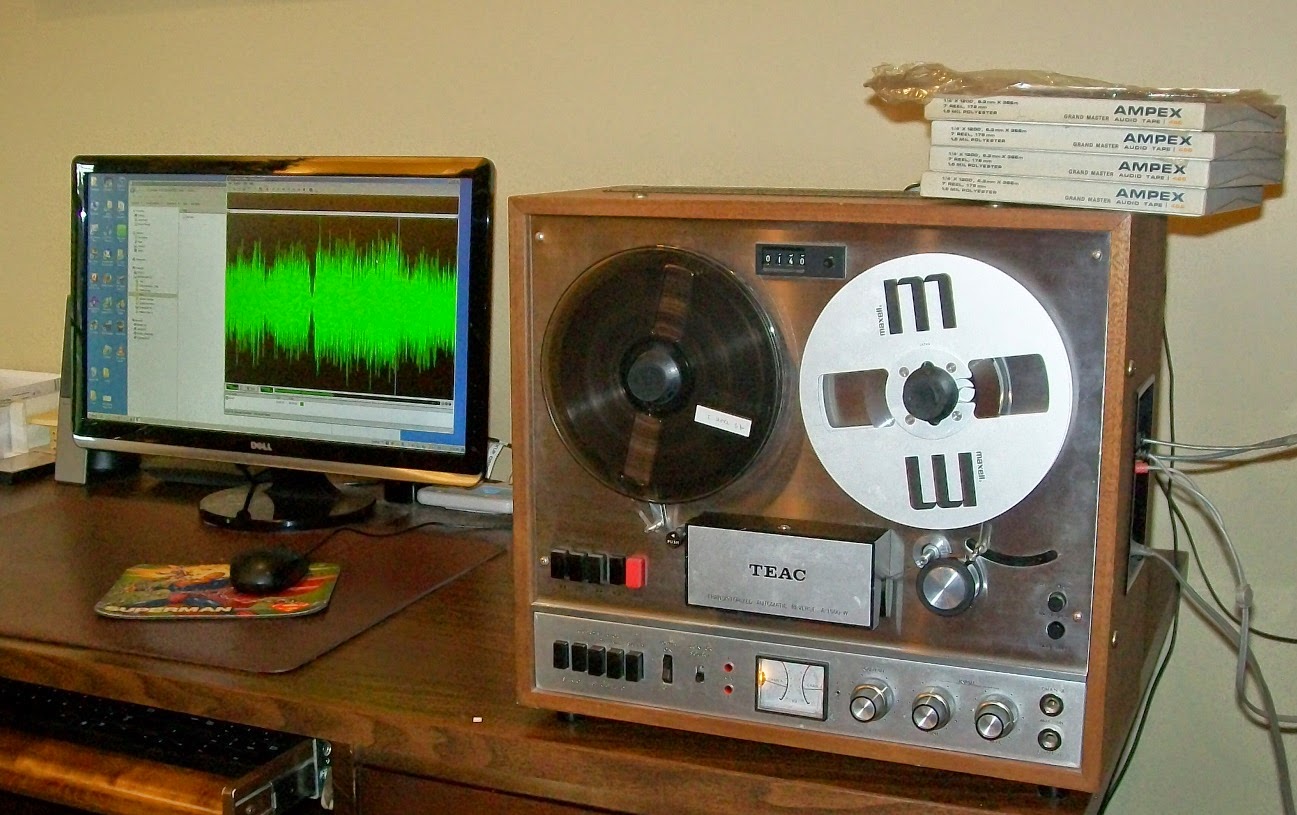 But after the first tape, the sound was off in a new way.  It was muffled & dragging.  Although the tapes appeared to be in good shape, the effects of time had not totally escaped them because the deck’s heads & drive paths were gumming up with tape particles as the tape passed over.  Luckily cleaning the deck with denatured alcohol & Q-tips after each side of each tape was digitized solved that problem. 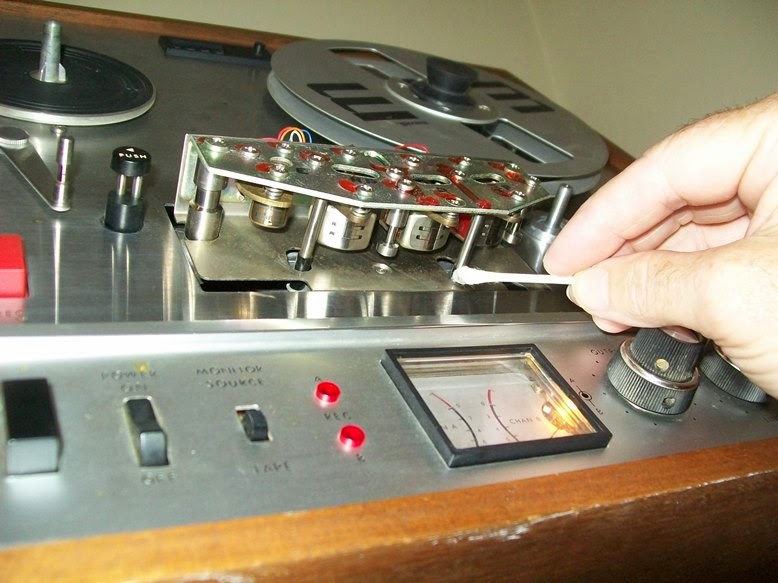 A new issue with my old deck popped up, and it is doubtful there are any new parts available to fix it.  The pinch roller is worn down, hard, and has lost its grip.  They used to make a potion with a potent smell that could be swabbed on which would restore grip for a while.  But I haven’t seen that stuff since the Carter administration.  Since I only had five tapes to do, fulcrumming a screwdriver weighted with solder provided enough extra force on the pinch roller to keep the songs playing back in the key in which they were recorded. 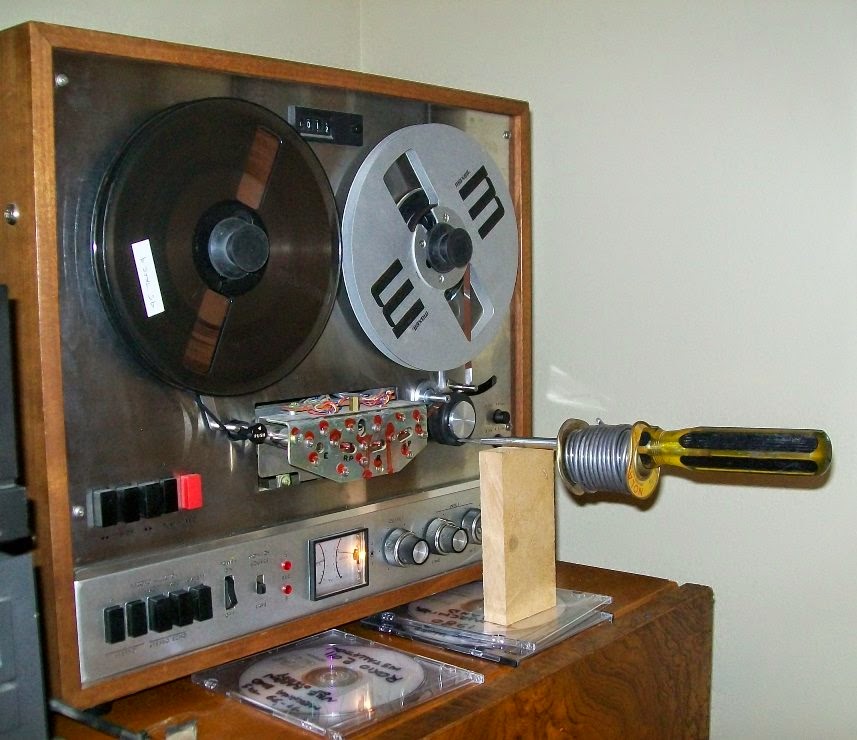 After the kinks were worked out, the digitizing software was set to stop recording a minute or so after the tape ran out.  This way, I could go off & do something else without listening to the music because the listening came when each song was split from the big .wav file.  In the image below, each colored block denotes a single song. 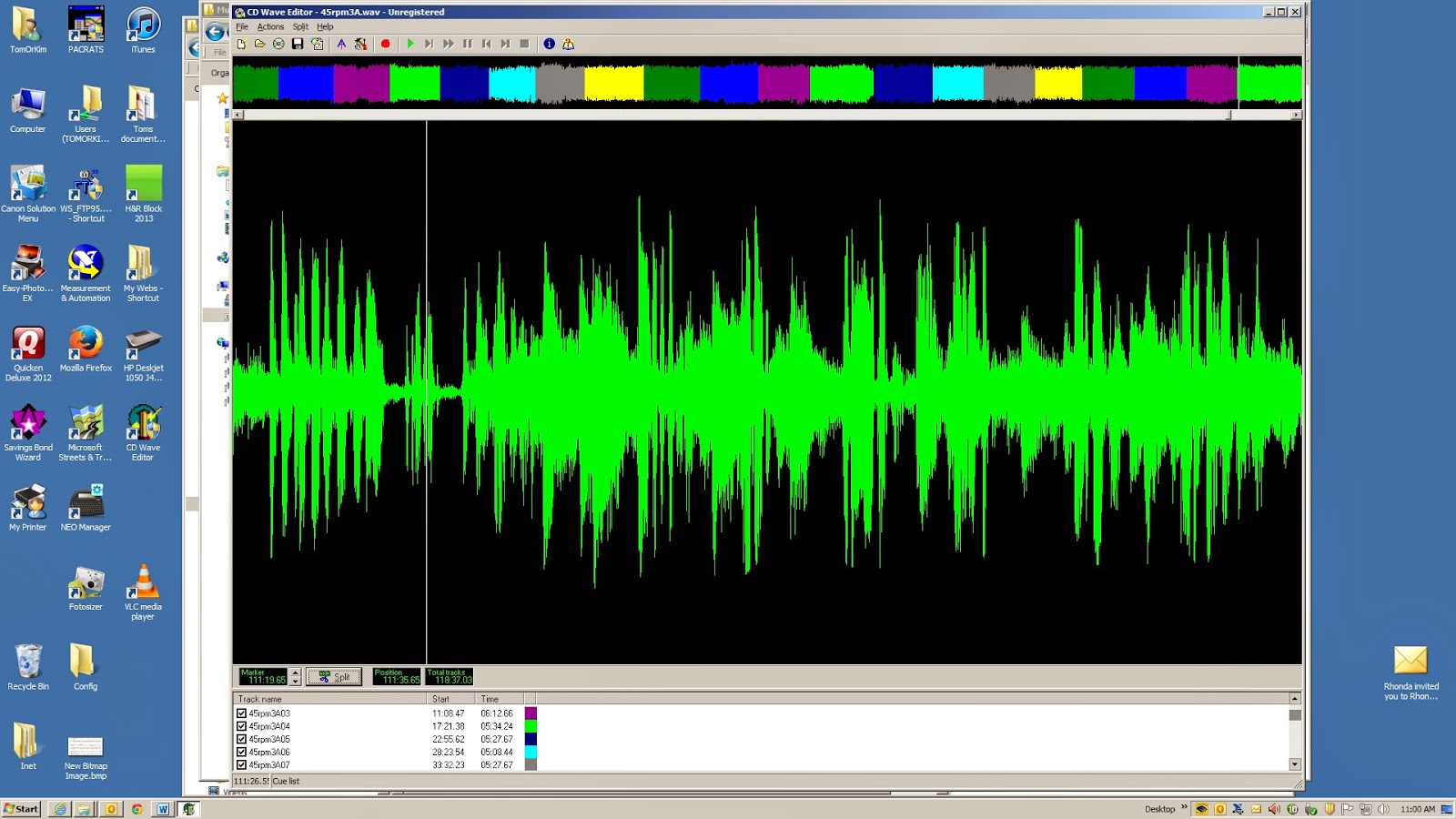 Different software was used to burn CDs with title/performer information added as CD text.  This info makes the radio in our new Chevy look just like XM radio when one of the new CDs is playing.

It is my understanding that public outcry forced XM radio to reconsider, and bring back the forties channel.  While that’s great, I am in no rush to sign back up.  At least, not until I get tired of listening to the nine hours of music I just finished producing.