Although the record setting heat here in Alabama this summer has taken its toll on two of my trucks’ air conditioners, the house has stayed reasonably comfortable. The problem is that, even with the extra heat, more comfort had been expected because the house received a new compressor for its AC unit at the end of last season, and more insulation had been added to the attic earlier this year.

To compound the unmet expectation, there were the little clues that had been accumulating in my head. The thermostat has a filter monitor to let me know when the filter needs replacement. Strangely, the filter, while it appears to be doing its job, has not been that dirty the last few times it was replaced. The air coming out of the floor ducts, while cold, just didn’t seem to be blowing as hard as it once did. The power bill seemed unusually high even when the extra heat was factored in.

While under the house inspecting the fine plumbing work Gary did for me a few weeks ago, extra time was taken to inspect the ductwork for possible problems. None were found. Recirculation fans tend to either work at rated speed or not work at all. All signs pointed to an air blockage, and in a quiet moment, instead of the voice whispering, “Build it, and they will come”, it said, “Clean the evaporator coil for it is dirty”.

The voice was right about that: 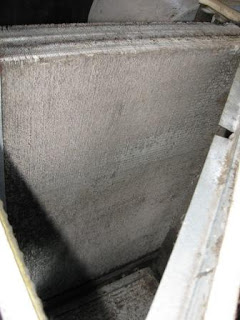 The evaporator coil is the internal one that gets cold, and the entire top of the unit had to be disconnected to get to it. The first step in removing dirt accumulated from 15 years of operation was grooming it with a fin comb. 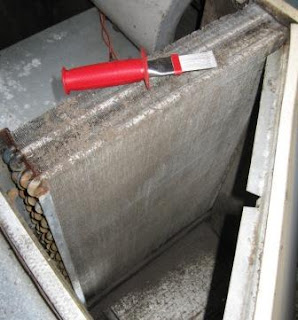 Even though I started off trying to collect what was combed out, the dust went everywhere, and the shop-vac was used to collect the bulk of it. 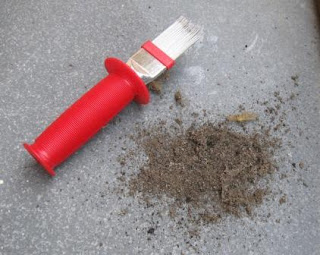 The next step was to spray it with approved cleaner from the appliance parts store. 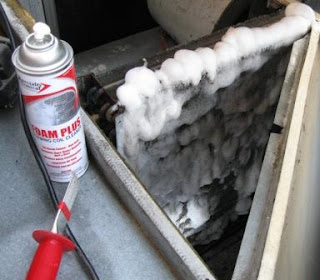 I’m generally leery of foaming cleaners’ claims of “lifts dirt right out!” But this product was able to substantiate the claim. 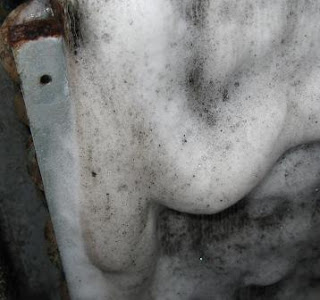 After two applications of foam appeared to have done the job, the coils were gently rinsed with water. While doing so, a new problem presented itself – the rinse water was not draining. Foreign matter in the form of slimy, gelatinous material was clogging the drain. In my day job working in Life Sciences, we refer to this stuff by its technical name of “boogers”. 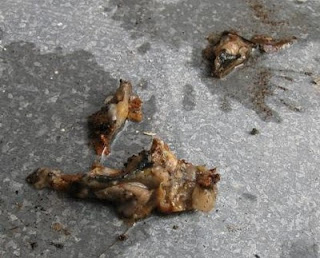 I couldn’t get a get a good head-on shot of the cleaned bank of coils, but it turned out better than this image implies. 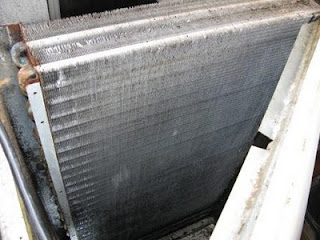 The effects of the cleaning were profound. Every vent in the house pumped out significantly more cold air than before, and I did not have to hold a sheet of newspaper against the return vent to make sure it was drawing air. The fresh, clean smell might take a little getting used to, though.

I’ve got an unrelated funny if you’re in the mood. In the “hoot” category, there is a cucumber plant growing in the back yard amidst the ground trying to heal after another effort. The plant has gotten big enough that bricks were set up around the perimeter in an effort to keep the dog from trampling it. 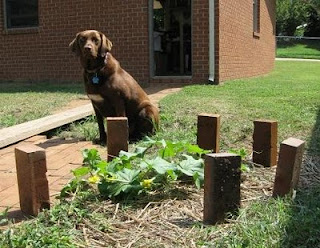 This morning my ten year-old & I were sitting at the kitchen table while he was eating breakfast when he asked about the bricks. After explaining the reason, I went on to tell him I had not planted the cucumber's seed, and that it probably had been contributed by some low-flying bird.

He looked at me kind of funny and I went on to explain that, in nature, birds play a part when they eat fruits & vegetables, and fly away. Later, they poop the indigestible seeds in another area.

My fifth-grader thought about this for a moment and asked if I thought the plant was going to yield any cucumbers. After telling him I hoped so, he asked, “Are we going to eat them?”