There will be more finger lickin’ good chicken now

I’m a big fan of cooking food under pressure. Although my “daily cooker” is an Innova 8 qt pressure cooker, the favorite of my four pressure pot collection is a genuine KFC, 16 quart pressure fryer. This puppy will cook two cut-up birds at a time, and has always been a conversation piece when taken on the road to rallies & reunions or when we just have everyone over for whatever reason. Popping the vents to get the chicken out is always an attention getter. 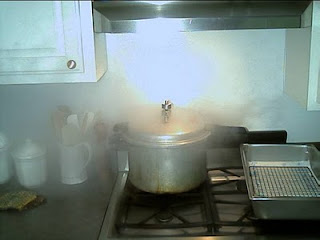 But the last few times it was used, the pot’s gasket had trouble holding pressure. I had tried several years ago to replace the original gasket with no success. While the pot’s maker, Mirro, is still in business, they made this specially-sized pot exclusively for Kentucky Fried Chicken, and parts are not available. Taking a chance, two different gaskets made for similar-sized pressure cookers were bought, but both were too big. 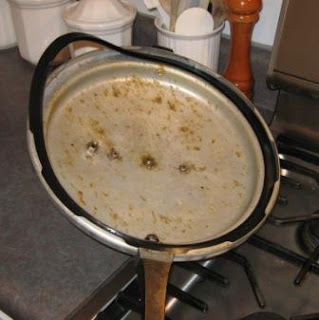 Since I had kept those two gaskets, effort was focused on resizing them for a proper fit. Like most projects, the jig involved for the effort took more time than the effort itself. 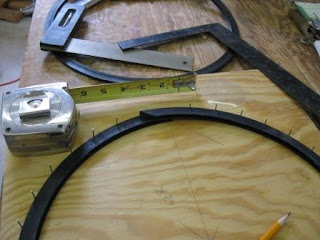 Where I work we routinely make custom O-rings by super-gluing a length of material together at the ends. But work applications seldom see much more than a room temperature environment. Although the spec sheet for cyanoacrylate, Super-glue’s primary component, was not encouraging with its temperature use rating, I decided to give it a shot anyway under the premise that, even if the glue did not hold, internal pressure might force the bias-cut ends together to form a seal. I wasn’t holding my breath, but it was worth a shot.

Stove-top testing was done with a couple of cups of water instead of the 10 pounds of shortening the pot usually cooks with. While the glue joint held for the short amount of time the pot was at 15 psi, the seal had trouble sealing in much the same way the original gasket had. Odd. Although the new seal was not as thick as the original, I thought the difference was due to the original gasket swelling slightly with age. Something else was the matter.

For the sake of completeness, the Internet was searched again for a possible, direct replacement gasket. One pressure cooker gasket vendor had a page which all but guaranteed the Mirro 9882 gasket would work for a KFC Pressure Cooker. A 9882 just happened to be one of the gaskets I had resized. The web page went on to advise, “(If gasket is a little big this is typical of the Mirro pressure cooker gaskets.) Lay the gasket out as flat as you can get it to lay, not looped in one place but wavy all the way around”.

Okay, in all fairness, I had never tried the 9882 before slicing it up because it fit so badly. Perhaps the gasket, during use, would shrink to size after being subjected to real-time cooking. Since I wanted to be fair, another gasket was ordered. In the meantime, other causes for poor sealing were checked out.

The pot’s & lid’s sealing surfaces did not look that great even when I first got the pot. But I always tried my best to protect them. 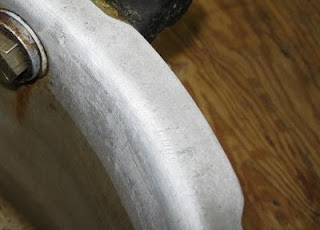 But to cover all bases, the surfaces were cleaned, degreased, and wiped with a high-temperature epoxy resin to fill in the nicks. After the resin cured, the treated surfaces were wet sanded to make them as smooth as possible. 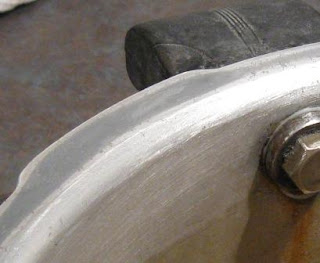 This effort took place over the course of a few days, and by the time it was completed, the new Mirro 9882 gasket had arrived in the mail. After cleaning & greasing the new gasket, the pot was assembled, filled with a couple cups of water, and brought up to 15 psi pressure. No leaks…for about four minutes – Then PSHHHH! The gasket blew out of the side. 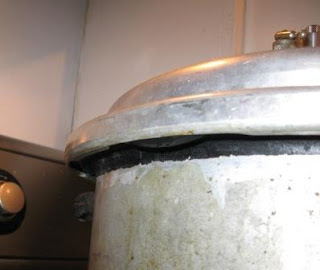 Perhaps I had over-greased the all-but-guaranteed-to-work gasket. So, the gasket was removed, wiped clean, and an effort made at reinstalling it. The hot gasket was now even bigger than it started out. After letting the gasket think about things for a few minutes in the freezer, I was able to persuade it somewhat fit the lid. Pressure was brought back up and, guess what? 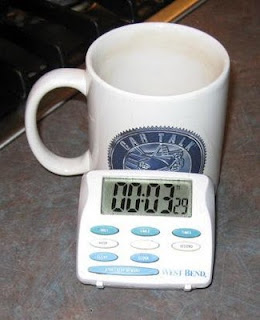 Yep. Suffice it to say a Mirro 9882 is not the right gasket for a KFC pressure fryer.

But since the second effort did not leak until it blew out in a different location than the first effort, the original gasket was reinstalled. After leaving the pot at pressure for half an hour with no leaks, the problem was considered fixed. But of course there was only one way to verify my conclusion.

The chicken was enjoyed by all last Saturday night. 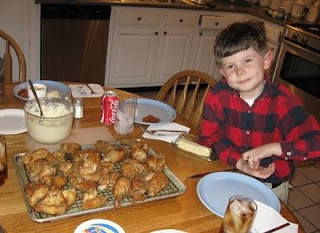