Gotta Have My Old Tunes

Even though iTunes is changing the way most of the world acquires & manages what entertains us, I still have close to 400 CDs of old music, most of which I still like.

Up until a month ago, a Sony 400 CD jukebox played random selections just about every evening around suppertime. Sadly, the music died one night.

Actually, it didn’t die as much as it started skipping & starting over so often I switched over to XM radio for entertainment. After a simple cleaning of the CD laser lens failed to restore joy, I decided to replace the ailing unit. Unfortunately, Sony discontinued the 400 CD version, and now only sells a 300 CD unit. You can probably guess what that meant. 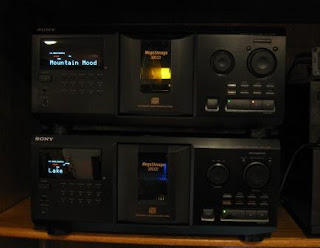 Although it torqued me to have to purchase two units to accomplish what used to be done by one, I was fortunate to get a good deal on two new jukeboxes. But my annoyance totally evaporated after the units were hooked up & loaded with CDs: These boxes talk to each other.

While one song plays on one unit, the other unit searches for another song. When the first unit’s song is almost over, the music from that CD fades out while the other CD’s music fades in. No more dead air like I had gotten used to with the last jukebox. Too cool.

Although the guys at the office thought the setup was neat, after the oohing & ahhing everyone seemed taken aback that I had so many CDs to start with. Well, many of the CDs, if not most, started out as LPs, cassettes, or (believe it or not) reel-to-reel tapes. 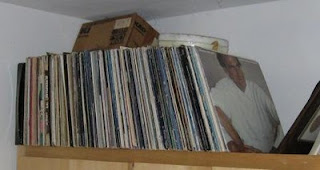 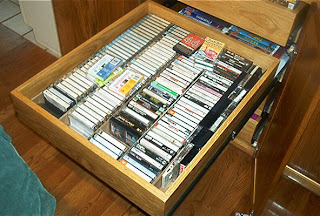 Back when I was around 15 years old, Mr. Riggs gave me an old, broken, reel-to-reel tape recorder and said I could have it IF I got it working. If I couldn’t, he planned to break it down for parts. My journey into the “Hi-Fi” world had started.

Using my dad’s Magnovox stereo as a base station, I started recording LPs I liked borrowed from my upperclassmen friends. A year later, my after-school jobs financed the buildup of the first of what was many stereo systems. That is another post in itself. Ultimately, I had accumulated a lot of music before CDs were ever a glimmer in the music industry’s eye.

Although I did start collecting new music on CDs when the medium became widely available, my tapes & LPs were still played regularly.

When the Boyz were born, there was lots of time suddenly available as Kim & I stopped going out as much. The playpen was set up in the room where the computer was located and, over several months, most of my “worthy” music was converted from its original format to CD. 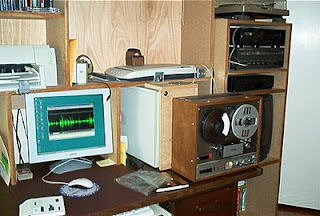 Now that I think about, I just looked, and I still have 24 cassettes waiting to be burned to CD. Maybe I will do that over the upcoming President’s Day holiday my company is giving me.

iTunes is a great way to get new tunes quickly. Unfortunately, to me, the music does not sound as good to me as CDs do. Podcasts work well with iPods, though. 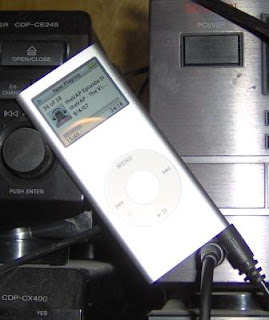 That’s my first iPod pictured above. Between my newest iPod, dueling jukeboxes, and XM radio, I feel I’ve got the audio-only world of recorded entertainment covered.

But someone else probably felt that way when he said, “Mr. Watson! Come here - I want to see you!