Georgia on my mind

We loaded up the Airstream this past weekend, and pointed the mighty Burb towards Stone Mountain Park outside of Atlanta for three days of enjoying amusement parks & touring the Coca-Cola Museum.

Of course the campground’s pool was the first “site to see” on the Boyz’ list. 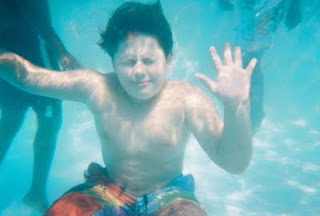 The pool was quite the popular place that day. No big surprise, though because the campground itself appeared to be at capacity. Being a former Tullahoma Swim Club member, I have been in my fair share of public pools, and my nose told me The Park had enough germ-killing chlorine in the water to handle the crowd.

After frolicking in the water for a bit, Kim looking a bit puzzled, asked if I thought the pool was spring-fed because the water tasted a bit salty. “No”, I explained, “I believe you are tasting the sweat which has washed off of everyone. It’s probably time for them to change the water”. This did not appear to sit well with her, and we left a short time later.

Returning to the campsite, everyone was hungry, and agreed that popcorn would make a great snack. Between us roughin’ it, and me preferring to do things the hard way, I lit the stove, and made a batch of Redenbacher’s finest. 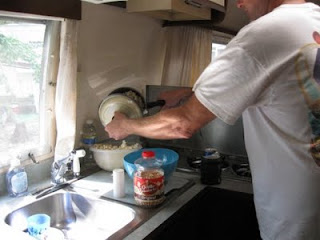 All that effort wore me out, so I kicked back with everyone else in air-conditioned comfort while Kim clicked through Atlanta’s digital TV stations. 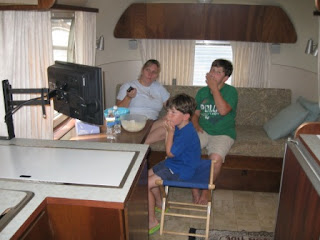 One of our camping rituals is for Kim to make her famous beef tacos, usually on our first night. This was the night, so I kicked back with my iPod to find out if episode 100 was going to mark the end of the The VAP. 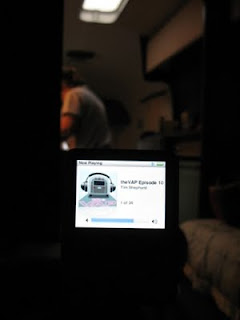 Finding out more podcasts would be produced put my mind at ease, and allowed me to enjoy the great job Kim had done with the meal. 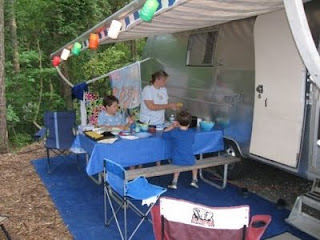 The next day we visited Six Flags Over Georgia. 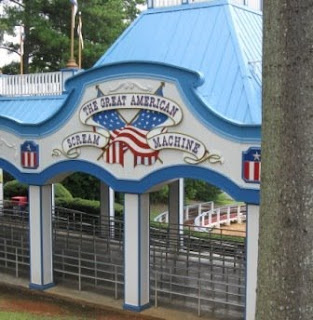 Everyone was just itching to ride Uncle Andy’s favorite ride. Except for Kim. 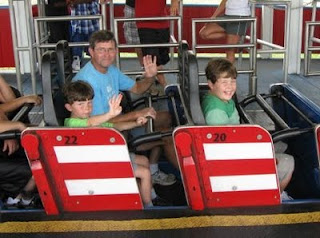 But there were plenty of different rides available to suit everyone. 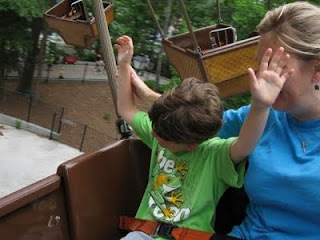 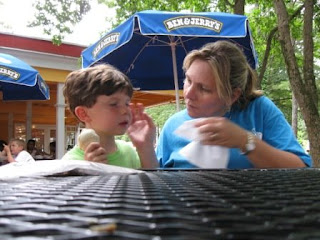 Going to Six Flags that day had been a gamble due to the threat of rain showers. Luckily for us, the rain did not arrive until were about ready to leave anyway.

In the “funny what you remember” department, the times I had been to the park as a kid, at this point, we would have then driven three or four hours to get back home. I was so thankful on this trip that only a half-hour drive back to Stone Mountain was ahead of us.

The next day we visited a water park I had never heard of called Six Flags Whitewater. Water parks are somewhat new to me, and this was only the second one I had ever visited. Basically, one shows up in a swimsuit, and enjoys various slides, wave pools, & water-based rides for a day. It’s fun for the whole family especially small children.

I lugged a waterproof, film camera the entire time to capture the action. Unfortunately, the camera was not in the mood to take pictures as the film developed blank.

But the fun was enough to wear everyone out, and it was another relief to not have to drive to far to get back “home”. 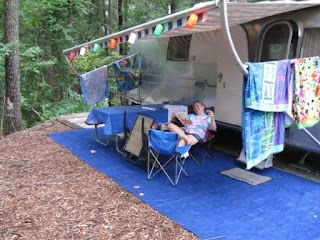 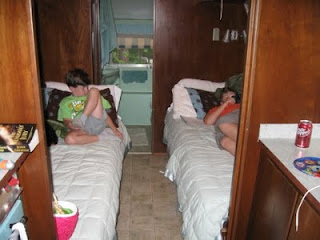 In what was no big deal, our campsite did not have a grill. Although I had a cheap one in the back of the Suburban which could be assembled in minutes, I decided to pursue my quest of perfecting caveman cooking for the night’s meal of hamburgers. To make the entire effort even more challenging, the existing fire pit, with its unburned contents, was soaked from the previous night’s rain.

Being next to a stone mountain, there was a nice selection of rocks available to hold the grill rods above the coals. 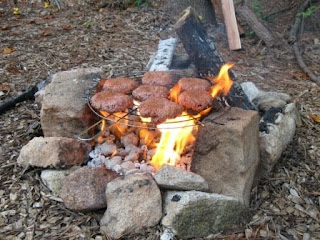 Between the right grilling temperature and my luck at finding 75-25 beef, this was my best effort yet.

The fire also made great s’mores, which were enjoyed by all. 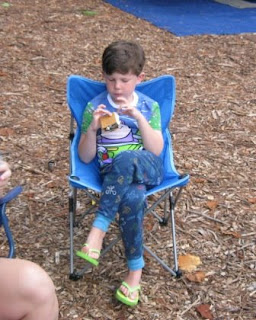 On our last day, we visited the Coca-Cola museum in downtown Atlanta. It was cool to watch their low-speed, 7-1/2 ounce bottling machinery in action. The production line reminded of when my Cub Scout pack visited my hometown’s local bottling facility. Funny, but while I enjoyed visiting the museum, and usually have a Coke with lunch, there wasn’t anything I wanted a picture of.

I was, however, hoping to see the Mean Joe Greene commercial from long ago re-played, but missed it. The 4-D movie, complete with moving chairs, though, was a hit with everyone. 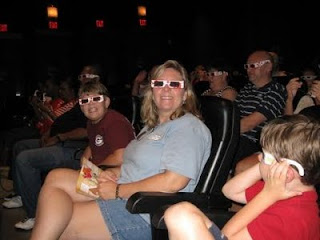 I hope you haven’t read to this point to see pictures of Stone Mountain itself. We came here in 2007 just to visit the Park’s attractions, and thoroughly enjoyed visiting (other than Kim twisting her ankle rather badly). 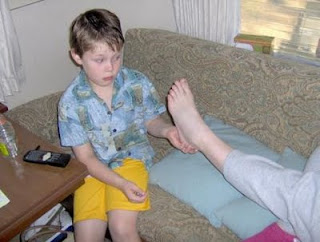 Looking back at that visit’s pictures, I now see that the Boyz have grown a lot in two years. 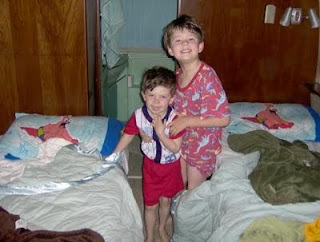 Stay tuned for our return trip to Raccoon Mountain near Chattanooga around Labor Day. Daniel wants to see Rock City and Ruby Falls.
Tom
Posted by TomW at 7:35 AM