Building Up My Chops


Well, its been about a month since I started learning the trombone, and I am thorougly enjoying the experience.  Since I have been good about picking up the 'bone every day, my 52 year-old lips are now hanging with me for about an hour of practice.

Oddly, my brain is not necessarily relating the printed notes in the learning guide to the seven slide positions like it did while learning trumpet valve positions back in my high school days. No complaints, though, because I do believe my tone is developing nicely with all the repetition.

I have now made it to Instruction Book's lesson on the Chromatic Scale.  While Wikipedia defines it as "a musical scale with twelve pitches, each a semitone above or below another", I learned it as, "start at Middle C on the piano and play all the adjoining black & white keys one after another".  The Chromatic Scale, to me, is an excellent building block. 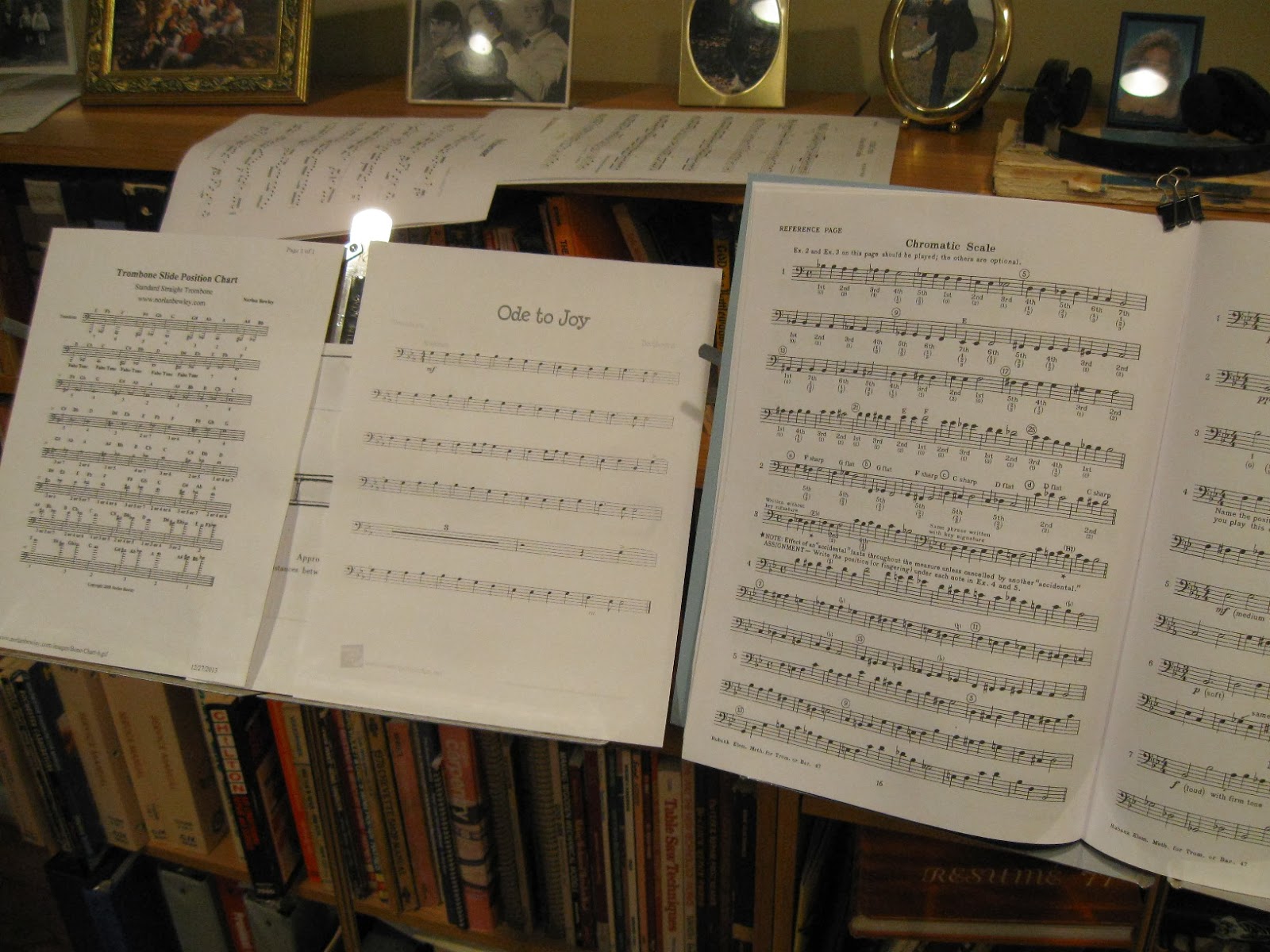 While I had a lot of piano lessons long ago, my 14 year-old has only been at it for about 2-1/2 years, and I think he has a better feel at it than I do.  To that end, http://makingmusicfun.net/ has graciously provided free sheet music for him to accompany me on my trombone.  We are both practicing our respective parts for the concert.

I'd like to give a shout-out to John Wright, a trombone major & band director, for all the on-line, method help he posted on his web site: http://www.johnwright1964.com/Trombone.html . I have learned a lot from his posts, and am looking forward to playing along with his band recordings since he posts links to the trombone sheet music parts.

While my starting-out goal was simply to learn how to play the trombone & play along with the big bands of past (I digitized my LPs),  YouTube has a really impressive lineup of new talent.  If I should ever be able to hang with Christopher Bill, my life would be complete.