Humpty Deere Had a Great Fall

The other day, I had just popped the hood open on my riding mower to check the oil when my wife came out to ask something. After no more than a sentence or two, there was a sick-sounding noise followed by the John Deere’s plastic hood cracking into pieces on the concrete floor. 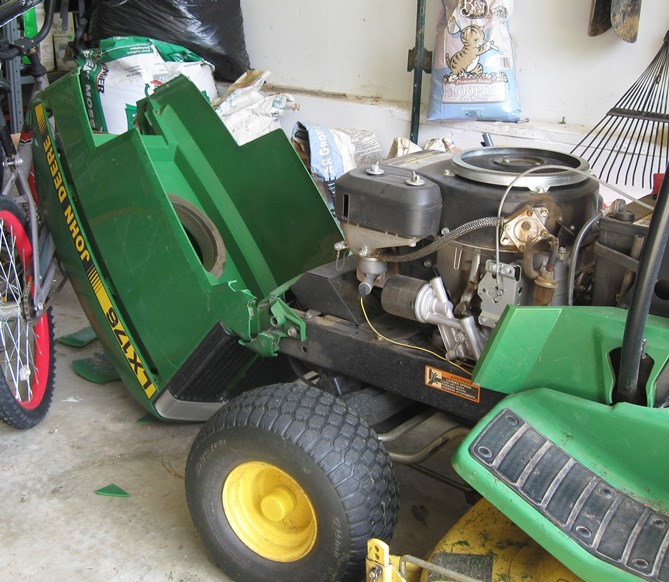 The King's Men scooped up the mess for a repair trip to my shop.

It appeared the hood’s left-hand pivot point had failed. 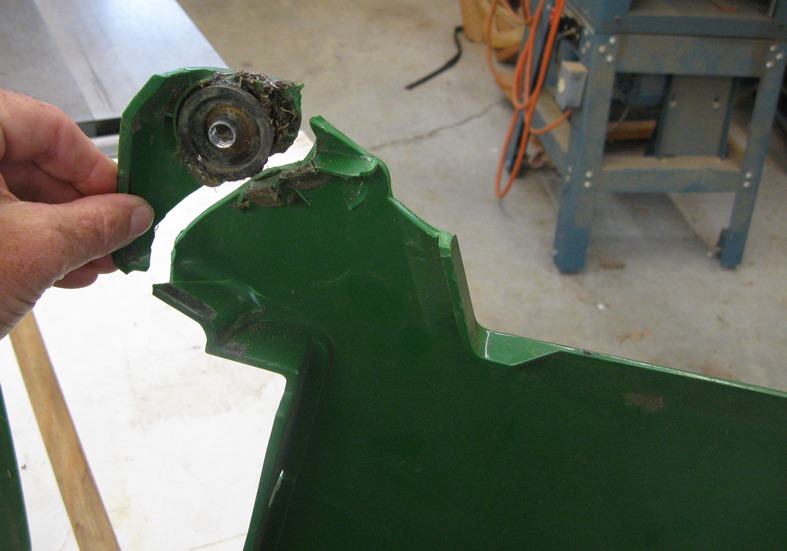 The other side’s pivot point had been repaired about three years ago and was still in good shape.

The root problem is that the 18 year-old plastic is getting brittle. In fact, it appears to be more brittle now than it was during the last repair. At ~$600, a new hood is out of the question.

To kick off the repair, the broken pivot piece was Superglued in place before damming off the general area with RV putty in order to really pack in a lot of resin and Fiberglas. The front part of the side above the pivot was strengthened with more glas & resin at the same time. 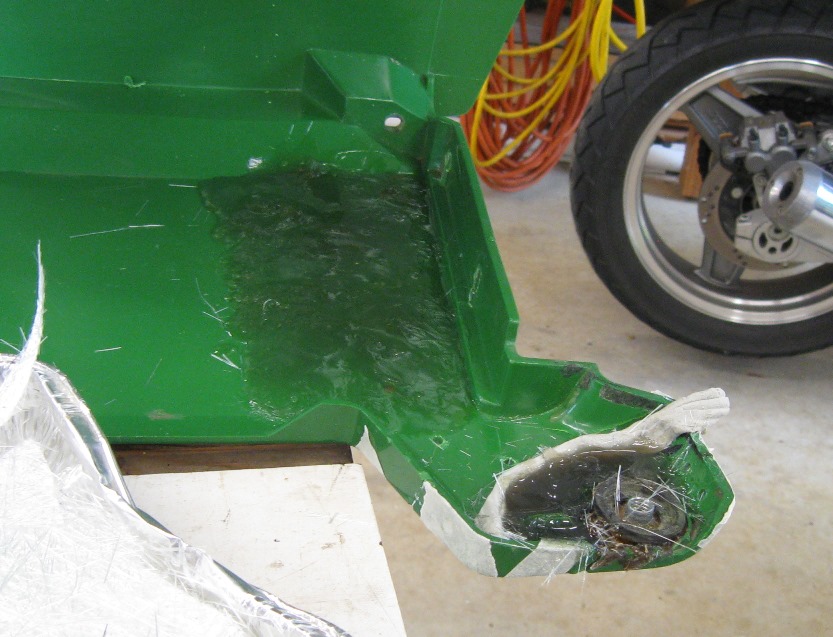 Repairs to the top of the hood were made in a similar fashion. Due to the number of small pieces, the joints were sealed with masking tape to keep the resin from seeping out. 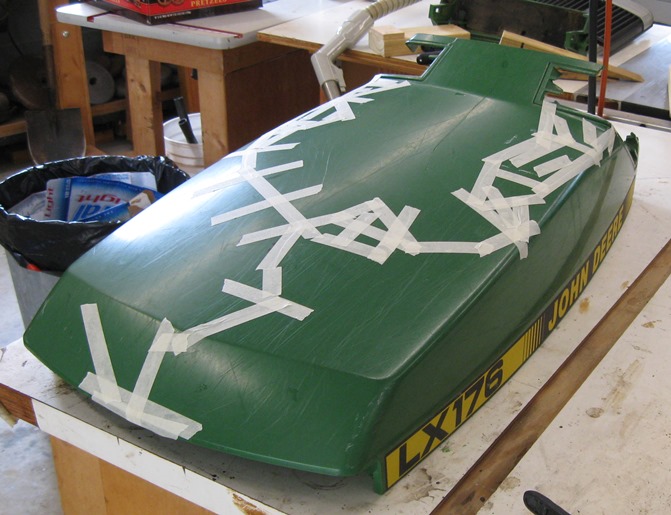 A lot of Natty Lite was required due to the number of sloped surfaces. 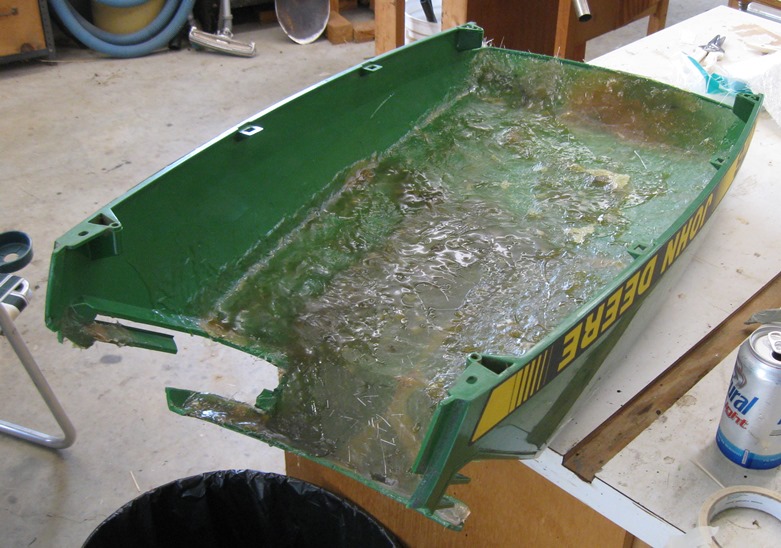 Due to the scope of the repair, the grass had to be cut once without the hood. I don’t normally wear hearing protection while cutting grass. An exception was made in this case because the engine is really LOUD without a hood. My neighbor even noticed the extra noise. 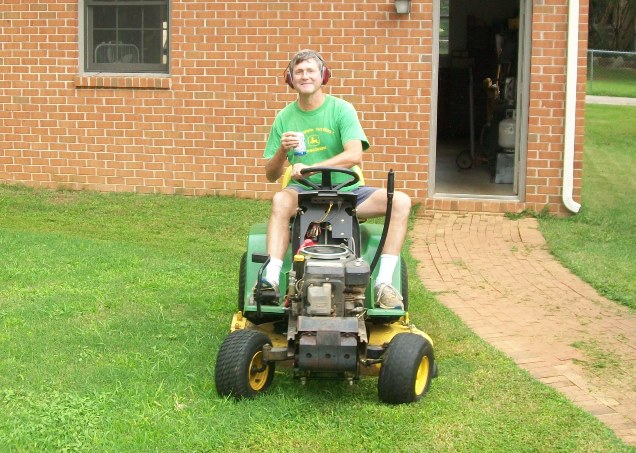 Small holes were drilled in some of the plastic pieces to afford the resin anchor points. For whatever reason, the resin did not seep into all the holes and joints as much as I wanted it to. So a syringe full of resin, minus needle, was used to fill in irregularities. 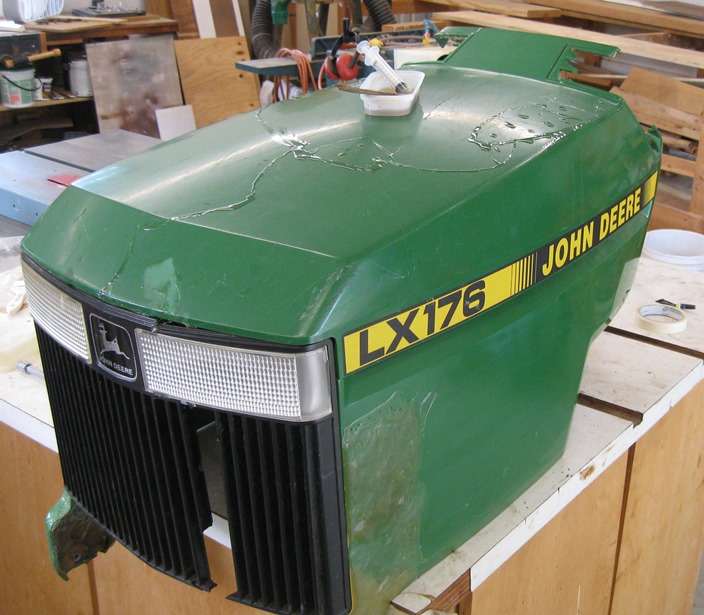 While this was never planned to be an undetectable repair, the really rough-looking areas were sanded down a bit. I did skip the Bondo, though. 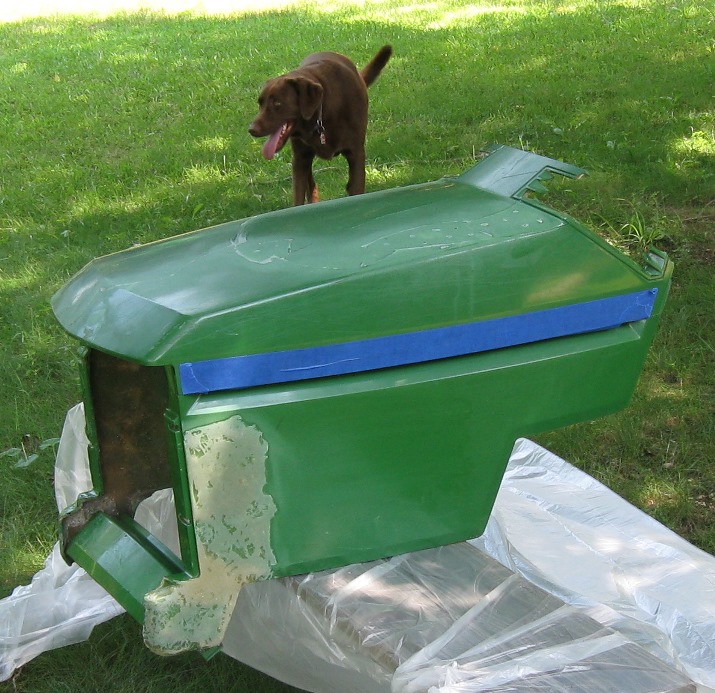 After being sprayed with a half-can of paint, the hood turned out looking okay. 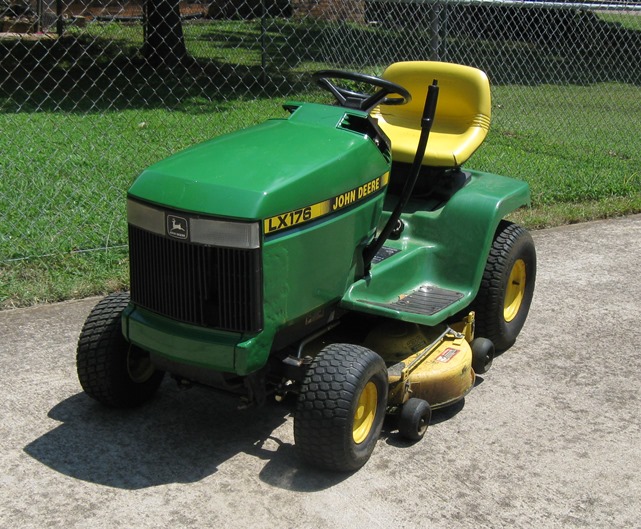 The yard has been cut a few times since the repair, and the hood seems to be holding up well. I even checked the oil … once. Hopefully this will be the last hood repair I ever do on the mower.