One thing I have always wanted to experiment with has been BBQing food in a block pit smoker.  Since my last yard task entailed re-stacking all the concrete block in my brick pile, I decided to seize the opportunity, and restack the block without mortar in the shape of a smoker. 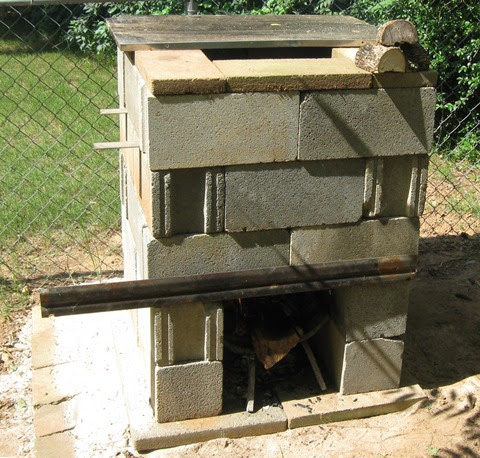 The cool thing was that the project cost nothing out-of-pocket – The brick lintel was left over from building my shop, and the cooking grate was borrowed from my Brinkmann smoker.  The grate is supported on a couple pieces of flat steel fished out of my metal bin.  The stainless steel lid was originally one side if a stove we used to have and the log grate was borrowed from the house’s fireplace.  Its location at the corner of our lot kept it from detracting from the house.

With a cooking temperature between 250 & 275 degrees, the pit did an outstanding job of smoking thighs & kielbasa. 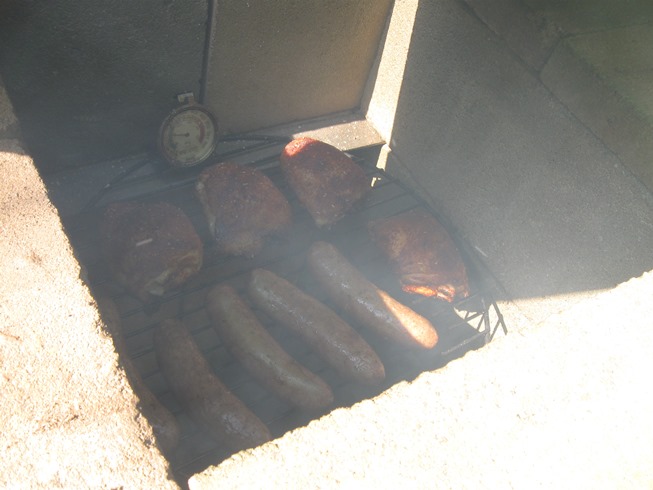 In another experiment for that night’s meal, I made a loaf of bread with French’s® French Fried Onions as the secret ingredient. 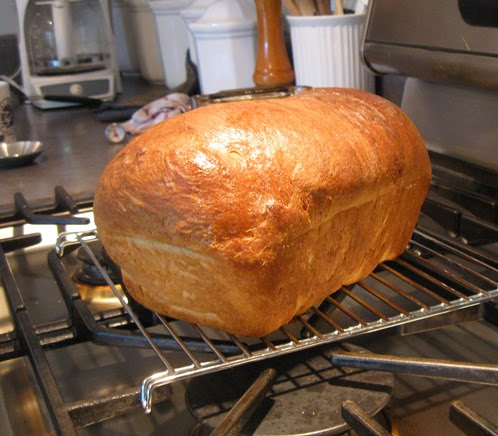 While the bread had a good flavor, the size of the onion pieces made it kind of chunky.  Fortunately, the BBQ stood well on its own.

The only problem with the smoker was the small size of the cooking surface.  It was obvious that fitting slabs of ribs on it was going to be just as problematic as it was on my Brinkmann smoker from which the small grate had been borrowed. 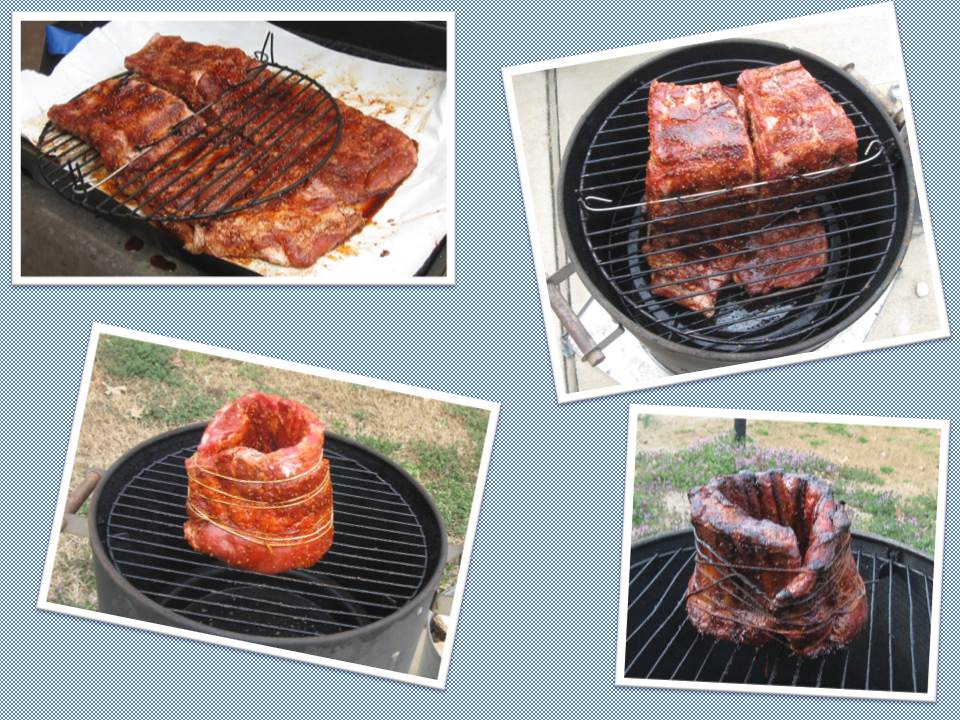 Although the flavor always turned out well, I would rather the ribs lay out straight & horizontal.

Since I wanted to get better at both ribs, and cooking with hickory over a block pit, the pit was re-stacked to be a half-block wider. 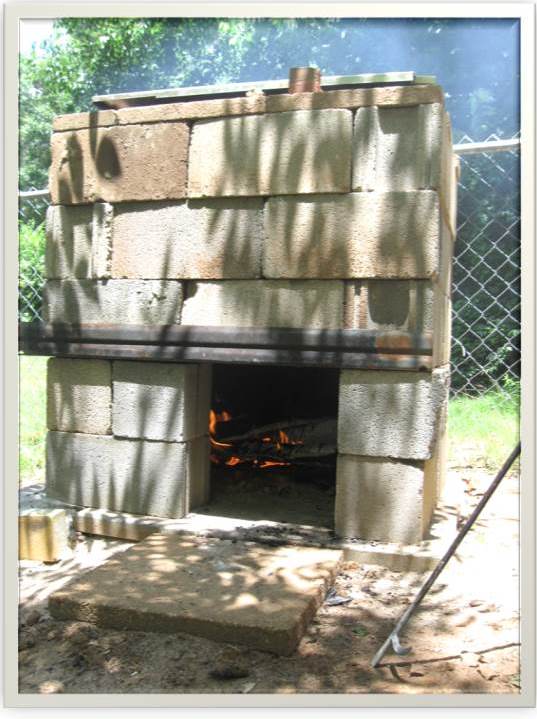 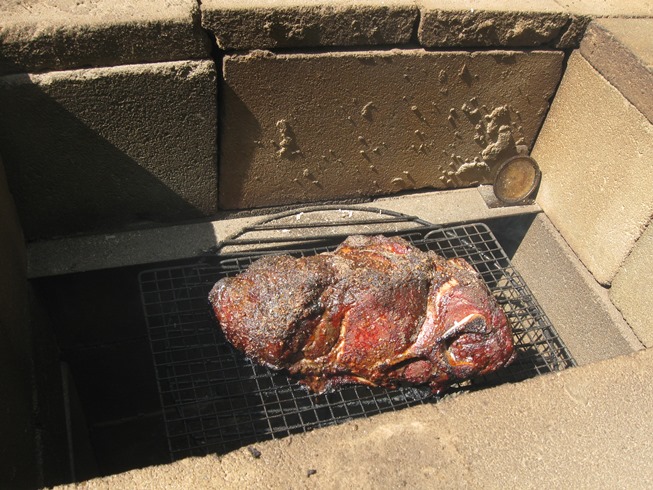 A pork butt was chosen for the inaugural meal because I want to get better at controlling the non-charcoal fire before trying ribs.

Another improvement was adding a thermometer to the middle of the lid to make it easier to monitor the smoke’s temperature.

While I’ve still got a lot to learn about ‘caveman cooking’, it has been a lot of fun so far.